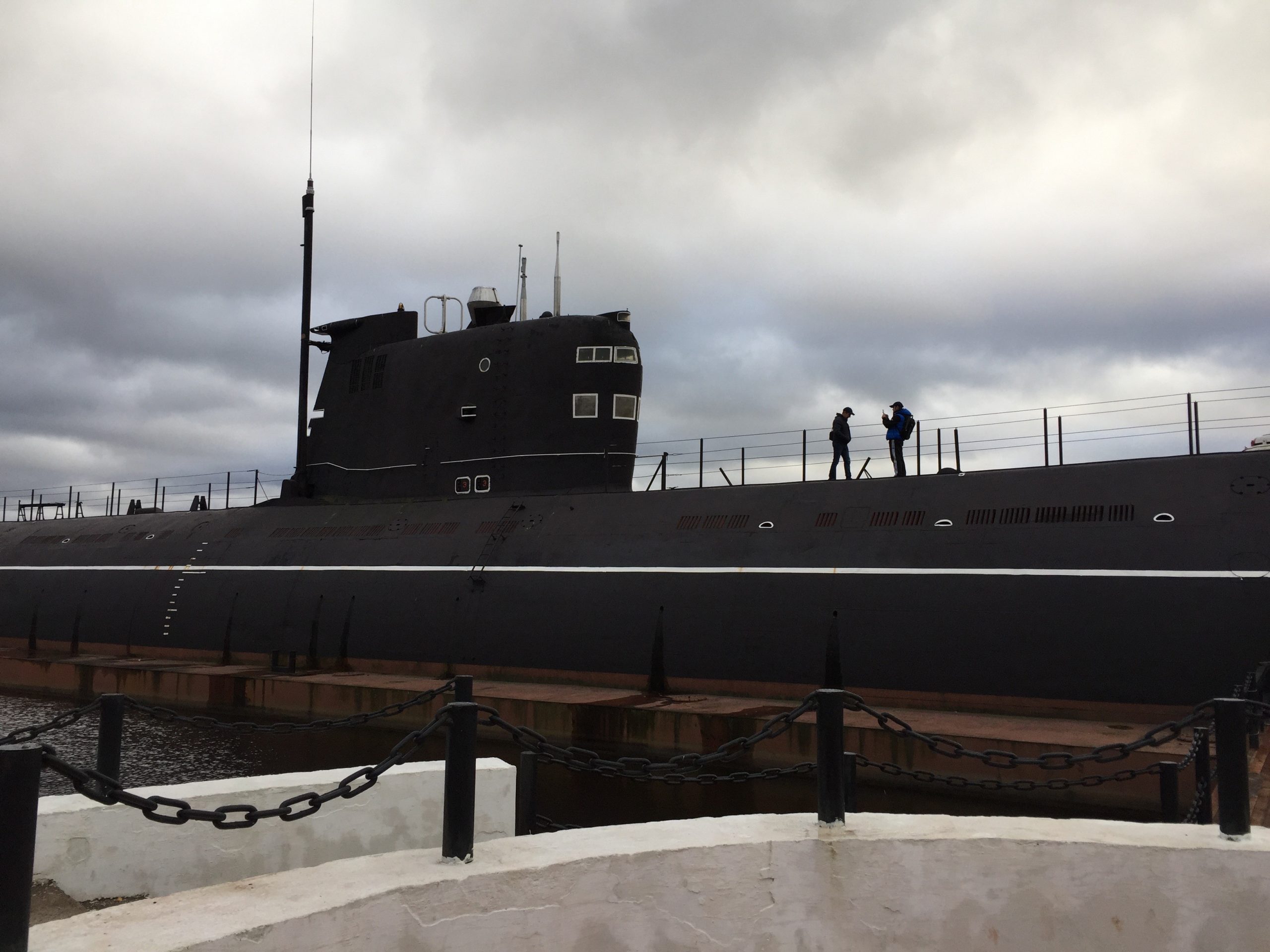 Our next stop was Kirillo-Belozersky, where we saw a monastery set on the shores of scenic Lake Siverskoye and toured a local school. Some of the students sang Russian folk songs (see first photo below) and one young man who was 14 and spoke excellent English was our guide. The Viking Ingvar was docked on Lake Siverskoye.

The next stop for the Ingvar was to be the Kizhi Island, however there was a large storm and we were not allowed to cross the lake. The boat moved to another small town – Vytegra Vologda, where we had free time to roam the town. Some grumbled because it was an unscheduled stop, but my daughter and I decided to make the most of it and see what was there.

There were no tours, so we decided to wander around the town in small groups. There was a 1950s era Soviet Submarine museum. It was in excellent condition both inside and outside – and surprisingly roomy inside

We saw log cabins under construction and went inside some. It was a tad cool and overcast. The locals were friendly, though no one spoke English.

When we were finally allowed to cross the lake that night, the waves were still high enough that we could feel the boat moving as we crossed the lake. But then, I liked that too! 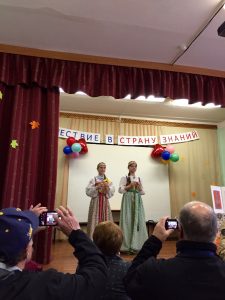 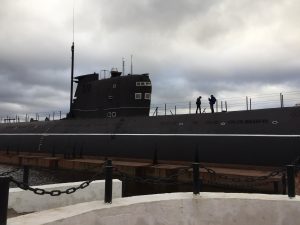 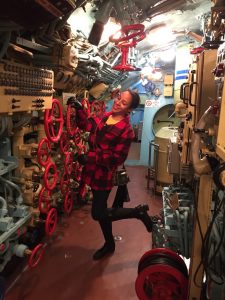 My daughter taking “command” of the Soviet era Submarine!

A bridge across a canal in Vytegra Vologda