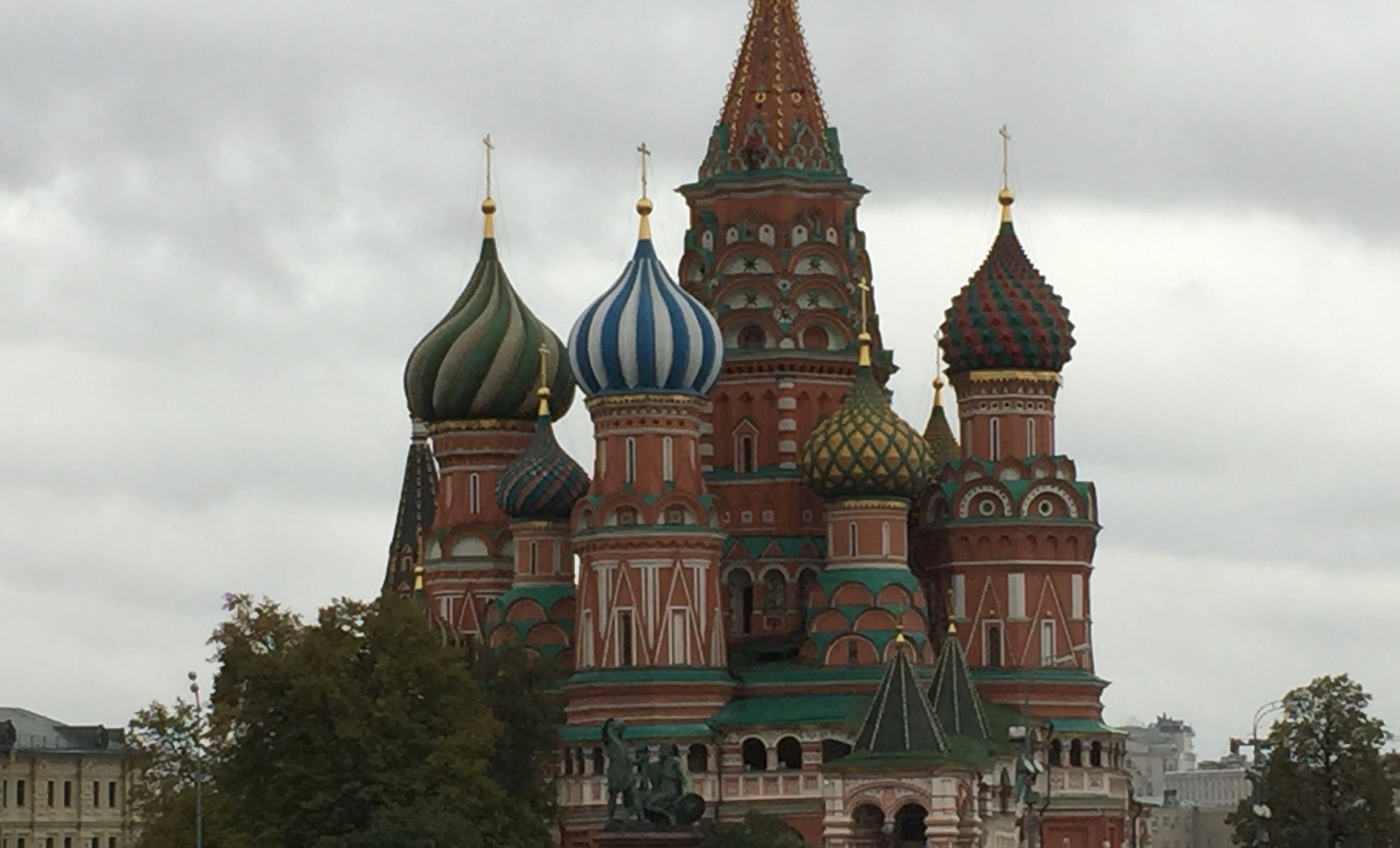 Saint Basil's Cathedral, is a church in the Red Square (Kremlin) in Moscow. The building, now a museum, is officially known as the Cathedral of the Intercession of the Most Holy Theotokos on the Moat or Pokrovsky Cathedral. It was built from 1555–61 on orders from Ivan the Terrible and commemorates the capture of Kazan and Astrakhan.

When I was a kid, I read Boris Pasternak’s “Doctor Zhivago” and as a young teen “Nicholas and Alexandra: The Classic Account of the Fall of the Romanov Dynasty” by Robert K. Massie. Note – There was no YA Genre in those days. You either read kid’s books or “real books”. I chose real ones. But these two books started me on a lifelong love affair with late 19th/early 20th century Tsarist Russian history. I was fascinated by the stories of the last two Tsars of Russia, Alexander III and his ill-fated son Nicholas II along with his wife Alexandra Feodorovna and their children, the five Grand Duchesses Olga, Tatiana, Maria and Anastasia and the young hemophilic Tsarevich Alexei.

Over the years I have collected and read numerous books on this era. And even though I have traveled all over Western Europe and Asia, I had never been to this place of fascination for me – Russia. A couple of years ago, I decided to do something about this and started planning a trip to Russia. I’m comfortable wandering around Western European cities on my own, but was apprehensive about doing so in a country where I couldn’t even pronounce half the Cyrillic alphabet! My solution was do see Russia using a River Cruise. After a couple of months research, I decided to go with Viking River Cruise on the Viking Ingvar. In hindsight, it was an excellent choice.

My wife and daughter were joining me on the trip and it took some planning – we had to book almost one year ahead of the cruise. One of the most surprising pre-trip occurrences was the response I got here in the USA when I told friends and family that I was going to visit Russia – people looked at me like I had two heads. Most people just couldn’t understand why I would want to visit Russia for pleasure. My usual response was “why not?” I knew that many parts of Russia were beautiful and steeped in history and couldn’t wait!

At the end of our two weeks, we flew out of Saint Petersburg (again through Paris) back to JFK. I’ll blog more about the details of the trip in the coming weeks. I hope you’ll enjoy!