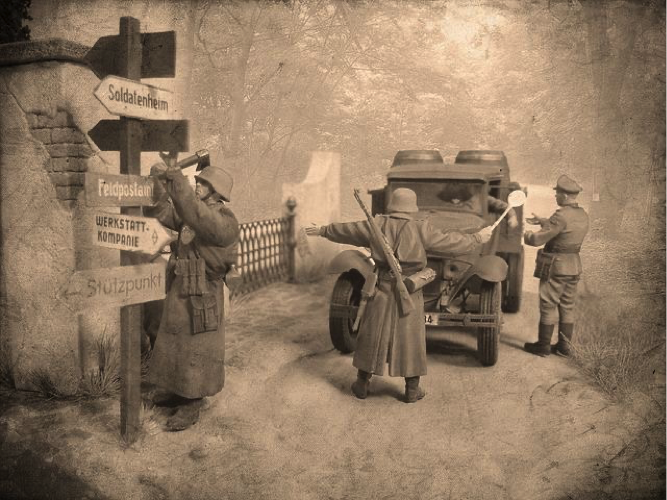 When talking about historical fiction, one of the most popular “what-if” scenarios involves what would happen if the Axis powers had won World War II. As improbable as it may seem today, the countries of Germany, Italy, and Japan had huge ambitions that could have led to a restructuring of the world as we know it.

So, with that in mind, we want to take a closer look at the proposed ideas and plans that the Axis powers developed in the early stages of the war. To make it easier, we will be looking at them based on the country, starting with the least-capable of the three: Italy.

When you look at Italy’s involvement in World War II, one could assume that they would have been better off sitting the whole conflict out. Although fascist leader Benito Mussolini had grand visions of a new Roman empire, his soldiers and regime were ill-equipped to make it a reality. No matter where they went, the Italians suffered casualties and defeat. Whether it was Ethiopia, France, or Greece, Mussolini couldn’t seem to get his act together.

Still, had Italy whipped its soldiers into shape or had Germany prevailed, the general idea was for the country to reclaim colonies it lost in World War I, as well as expand into ancient Roman territories. The Mediterranean was particularly attractive, which is why Mussolini invaded Ethiopia in 1935, Albania in 1939, and the Horn of Africa and Greece in 1940. Unfortunately, in each circumstance, the Italian army suffered massive losses. By 1940, Germany had to come to Mussolini’s aid to prevent the Allies from gaining a foothold in Europe and cutting the German Reich through the middle.

Overall, Italian plans for a new Roman empire were nothing more than a pipe dream. A huge issue for Mussolini was that he failed to inspire his countrymen to share the same vision. While his party was in charge, the average Italian citizen was not eager for war, especially having suffered during the last one.

Japan’s territorial expansion began long before World War II broke out. In fact, they were making inroads toward a new Japanese empire before the first World War, with conflicts in Taiwan in 1895 and Korea in 1910.

One of the reasons for this expansion was the desire for Japanese influence to dominate the region. Western powers had long been trying to control the Far East. The French had Indochina (Vietnam), the British had Singapore, Hong Kong, and India, and the United States was also starting to acquire islands – namely the Philippines and Hawaii. Japan sought to eradicate Western forces from these countries, replacing them in the process.

The plan was called the Greater East Asia Co-Prosperity Sphere, and it included all nations within Southeast Asia, going as far west as India and parts of Russia, and as far south as Australia. Had Japan succeeded in the war, this sphere might have expanded further to include the United States.

China and India were particularly attractive to the Japanese, as they established colonies in both countries. In 1942, Japan sent an ambassador to Germany to discuss the division of Southeast Asia. The two countries agreed on a border that crossed through China, Russia, India, and Afghanistan. Germany would control the western portion of India, while Japan controlled the east, including Pakistan.

Interestingly, by dividing the country so neatly, it created problems for the Axis powers. Neither one wanted to cede territory to the other, so the border was well-maintained by both sides. Japanese forces were victorious in driving the British back in India but were unable to maintain momentum for fear of crossing into German-held territory. Since Germany was occupied with other conflicts, they weren’t able to continue Japan’s aggression, which meant that neither side could gain a strong foothold in India.

As with Germany, Japan’s grander scheme seemed to place itself at the top of a global hierarchy. Other nations within the Co-Prosperity Sphere would feed into Japanese industry, acting as de facto colonies for the greater Imperial Japanese Empire. In return, these countries could shed Western influence for good. Overall, it seemed that the Japanese believed Eastern and Western cultures were too dissonant for a long-lasting cooperation. 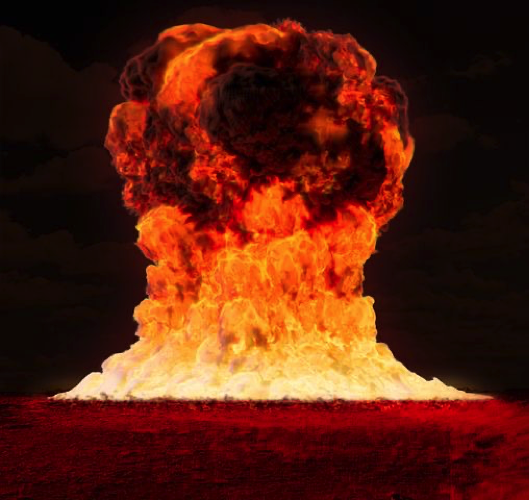 When talking about post-war plans, no one dreamt bigger or had grander visions than Adolf Hitler himself. Based on the projects we know about, his ultimate goal was world peace – with Germany as its leader. However, to reach such lofty heights, he would have to do it in stages. The overarching strategy he developed was called the New Order (neordnung).

First, there was Lebensraum (living space), as described in his manifesto, Mein Kampf. Germany, being the second-most populous country in Europe, needed more space for its citizens to grow and thrive. This philosophy would drive the annexation of Austria and the Czech Republic in 1938, as well as the invasion of Poland in 1939.

However, the Polish invasion was also necessary for Germany to establish a border with Russia. Since Hitler had long-term plans to invade and destroy the Slavic nation, he wanted to set up an easy path to Moscow first.

Germany’s expansion to the west, including invasions of Luxembourg, Belgium, and France, was another part of the Lebensraum plan. Denmark and Norway were also annexed, particularly because of Hitler’s affinity for the Nordic people. He believed that Nordic and Aryan races were superior to all others, so they should sit at the head of the table, with everyone else making room for them.

The eventual plan was to create a Greater German Reich, which would occupy most of Europe, except Great Britain, Spain, Italy (for obvious reasons), and the Middle East. The Reich would consist of ancient Germanic territories, and each colony would be indoctrinated as quickly as possible.

After Lebensraum, the next phase was more racially motivated. Hitler wanted German men to sow their seed as far and wide as possible, and German women to have as many children as possible. This policy would be known as Lebensborn (fountain of life) and was carried out in many annexed countries, mostly Denmark and Norway. The idea was that Germany needed to increase its population to fill in these newly conquered territories and to promote the country’s hegemony (racial dominance).

To help bolster this cause, the German high command created the Gold Honor Cross of the German Mother, which was awarded to any woman who had at least eight babies for the Reich. Also, the law was rewritten so that men could marry additional wives as necessary. According to Heinrich Himmler, head of the SS and the Lebensborn program, he envisioned a global German population of 300 million by the year 2000.

Another method of ensuring Germany’s dominance was the resettlement of Germans to new colonies. By 1942, almost 630,000 Germans had been moved to parts of Poland and France, with plans for another 390,000 in the following years.

As far as an invasion strategy went, Hitler saw Russia as the biggest threat to his plan of world domination. Thus, he developed Operation Barbarossa, which started in June of 1941. In his mind, Russia was such a backward country that the invasion would be swift and decisive. Once the Slavs were defeated, he could continue his Lebensraum and Lebensborn programs unabated. Since the rest of the Allies were nowhere to be found, it would be years before he had to move on to the next stage.

Had Russia fallen as quickly as Hitler envisioned, he had plans for every other part of the globe. Here are some highlights of his vision for a thousand-year Reich.

Northern African countries would go to Italy, while Germany would reclaim pre-WW1 colonies in the central part of the continent. This conquest would include modern-day countries like the Democratic Republic of Congo (DRC), Sudan, Zambia, Angola, and Botswana. South Africa would remain mostly independent.

Hitler had no real plans for the Middle East, instead leaving it for Mussolini and the Italians. However, he did strike a deal with Turkey, thanks to its anti-Russian ideology and strategic location. Hitler would allow the Turks to expand throughout the region as they saw fit, and they would be close allies. Turks even got equal status as Germans.

For the most part, Hitler’s plans focused on Europe and Russia, not the United States. Sending troops across the Atlantic would be too costly, and an invasion of North America would only be possible once Europe and Africa were colonized. In his mind, the eventual battle between Germany and the US would happen decades later, in a sort of Eastern vs. Western hemisphere conflict. Unfortunately, Britain didn’t surrender in 1940, and Japan attacked the US in 1941, so Hitler was forced to tangle with US forces much sooner than he wanted.

When talking about a long-term strategy for global domination, Hitler knew that he would have to bump up against his Japanese allies. Overall, the plan was for Lebensborn to help the Germanic people establish dominance over Asian countries over many years and decades. At some point in the future, a German-led coalition of European and Russian forces would have to invade Asia to establish ultimate supremacy. As with North America, however, Hitler would likely not be around to witness it. 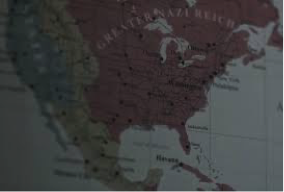