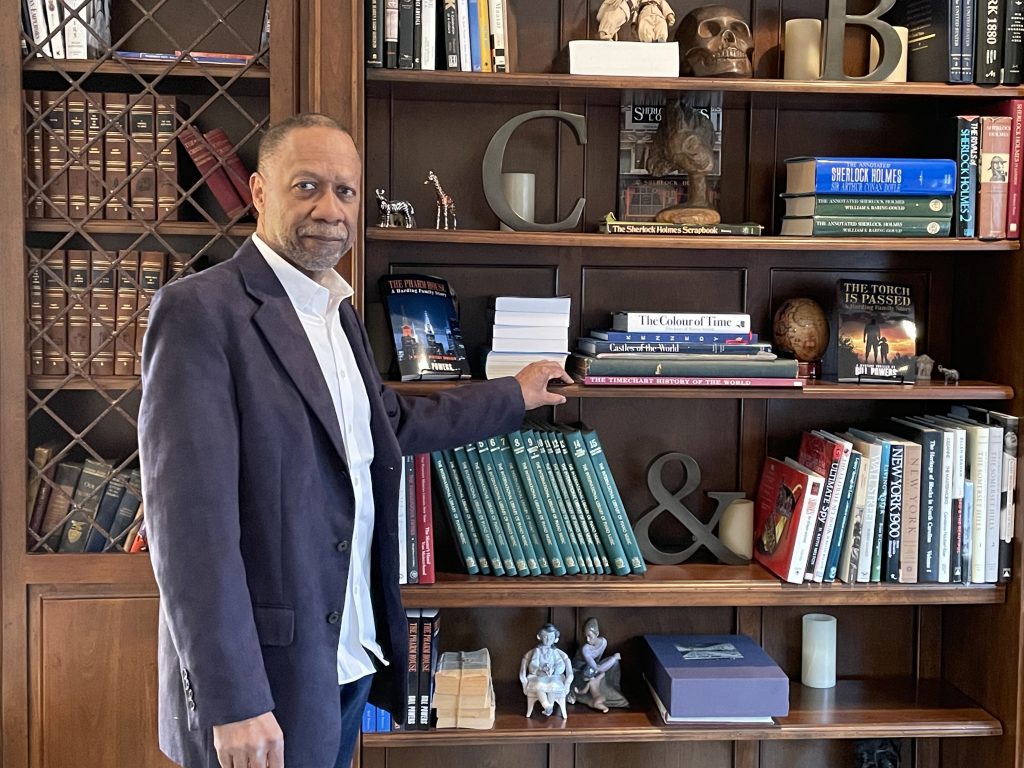 Bill Powers is a suspense-thriller novelist from Mendham, New Jersey whose debut release novel was THE PHARM HOUSE. In this suspenseful thriller, Bill investigated the underworld of the international pharmaceutical industry, which included unscrupulous activities at the hands of corporate lieges traversing the planet and seducing young women while soliciting, marketing, manufacturing and selling legalized addiction under the guise of medicinal purpose. The scenes were seamy and torrid as well as realistic and matter of fact.

“How did I come up with the story and title for The Pharm House? My first attempt at writing a novel length story was during graduate school. It was science fiction, about half-finished and is beyond awful. I still keep it as a painful reminder. I waited several years and was ready to start another novel length story. You always hear “Write what you know”. My choices were to write about something I was already knowledgeable about, or go off and do the research in order to become knowledgeable.”

Bill worked in pharmaceutical Research and Development (Johnson & Johnson) for 26 years, rising to the position of Vice President of Global Preclinical Development. In various management roles, he led groups of scientists in the US, Europe and Asia; he administered multimillion dollar budgets and was instrumental in the successful development of several marketed pharmaceutical products. With a Ph.D. in Toxicology, Bill was a Diplomat of the American Board of Toxicology. He has published numerous abstracts, articles and book chapters on various topics in toxicology. And as a toxicologist, yes – he is a “poison doc”.

“Working full time in the pharmaceutical industry, doing research on a new topic wasn’t viable given the time required. That was when I decided to set my first story inside a fictional pharmaceutical company – Marshall Pharmaceutical.” 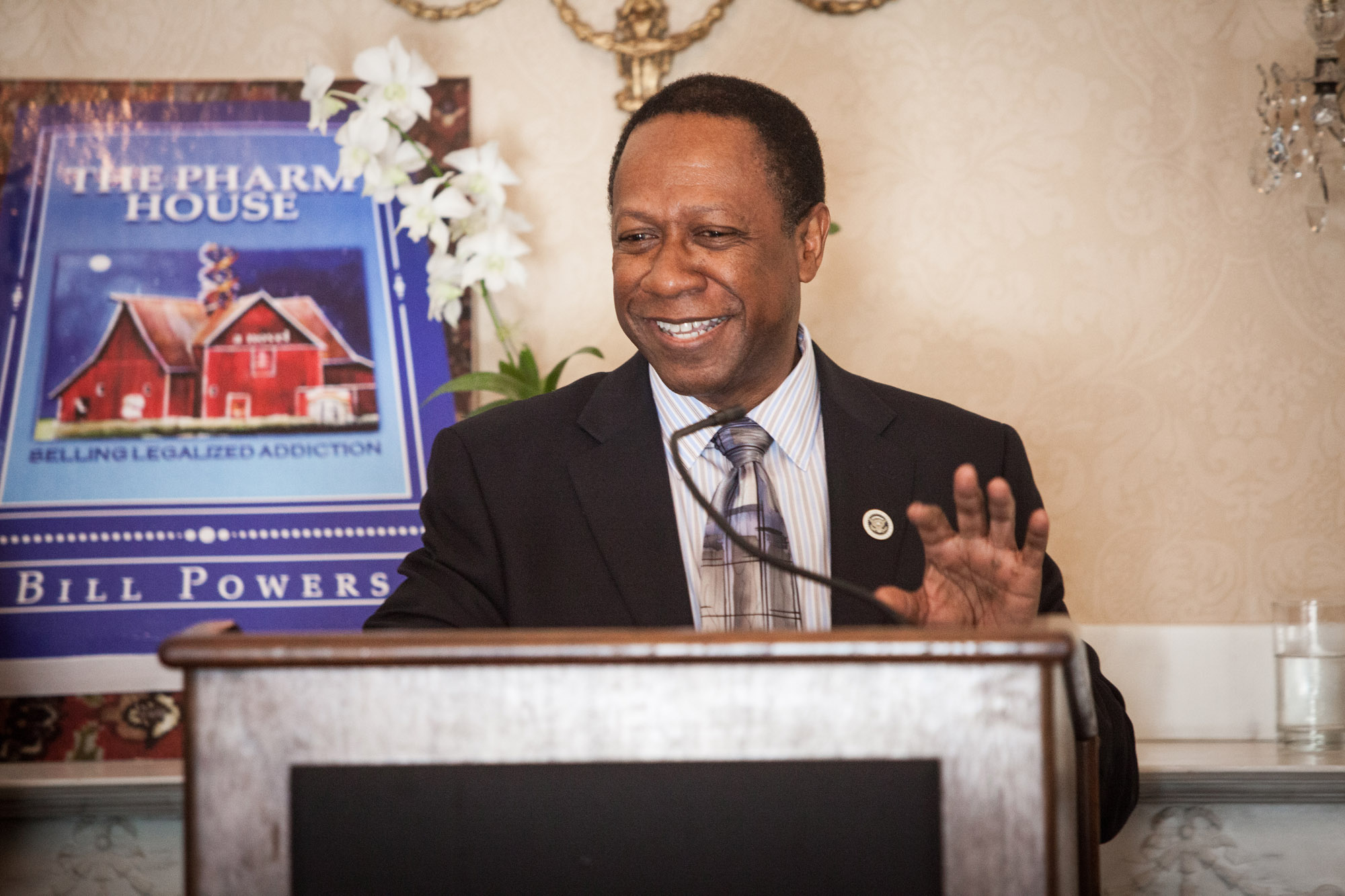 Big pharmaceutical companies are often referred to as Big Pharma. Using a play on words, Bill titled his book, The Pharm House.

THE TORCH IS PASSED picks up with the Harding family about ten years after the end of THE PHARM HOUSE. In the sensational new thriller, The Torch is Passed, Andrea Harding has just graduated college and her world is turned upside down when her father, Nicholas Harding, and her uncle, Michael, are shot in a surprising and puzzling attack. As the only family other than her paternal grandmother, it falls to Andrea to not only investigate who would want to kill her father and uncle, but also to oversee Harding Industries.

The youngest Harding soon finds herself surrounded by a bevy of intriguing new friends and helpers after she is also violently attacked. Suspicion is cast on a short list of family friends and colleagues.

Along with her new allies, including an abrasive, but loyal, attorney and an eccentric southerner with more money than God and an intriguing background in international espionage, Andrea urgently seeks answers why anyone would want to kill her entire family— grows up along the way and seeks her revenge. 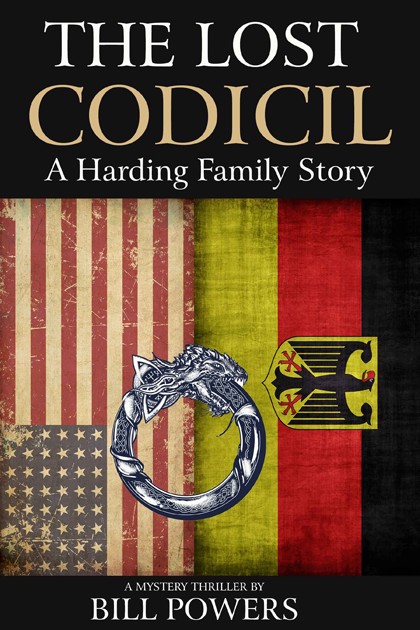 Now in the third installment that complete The Harding Family Story, comes The Lost Codicil.

The story picks up with Nicholas and Andrea Harding have settled into their new home at Raven’s Crest. Together, the father/daughter team jointly run Harding Industries, having grown it into a multi-million dollar conglomerate heavily involved in the shale oil and fracking industry.

Nicholas is depressed and discouraged. His best friend and brother, Michael, is dead. Nicholas was almost killed in the shooting that took his brother’s life and still has a slight limp from one of the several gunshots he suffered. There had also been an attempt to kill his daughter, Andrea, but she had killed the two men who assaulted her in the attempt.

And the person who had facilitated all of this destruction in Nicholas’ life was Kerry Marcus – the woman he had loved and perhaps wanted to marry but was now in a New Jersey state prison.

Andrea was mostly running Harding Industries herself, with Nicholas being distracted, with her Chief Counsel, Riva Cowling. Most of their time was consumed with getting the energy side of the business up and running and expanding into non-carbon-based energy sources.

Nicholas’ friend, Don Marshall, suggests a grand adventure to re-set his mind and tells a story that he remembers from his days as a West Point Cadet. The story of the Lost Codicil.

The story goes that in 1945, Allied forces (Americans) in Germany discovered detailed plans for how the Germans planned to govern The United States after their victory. The documents were translated and brought back to America, where they disappeared in the late 1940s. These plans would have shown what a victorious Germany would have done to America and, perhaps more importantly, who in America would have helped them.

A cache of World War II documents previously thought to be lost is scheduled to be opened at the National Archives outside of Washington DC. This cache just may contain The Lost Codicil. Don finagles an invitation for himself and Nicholas to the opening. But then, the two men disappear. 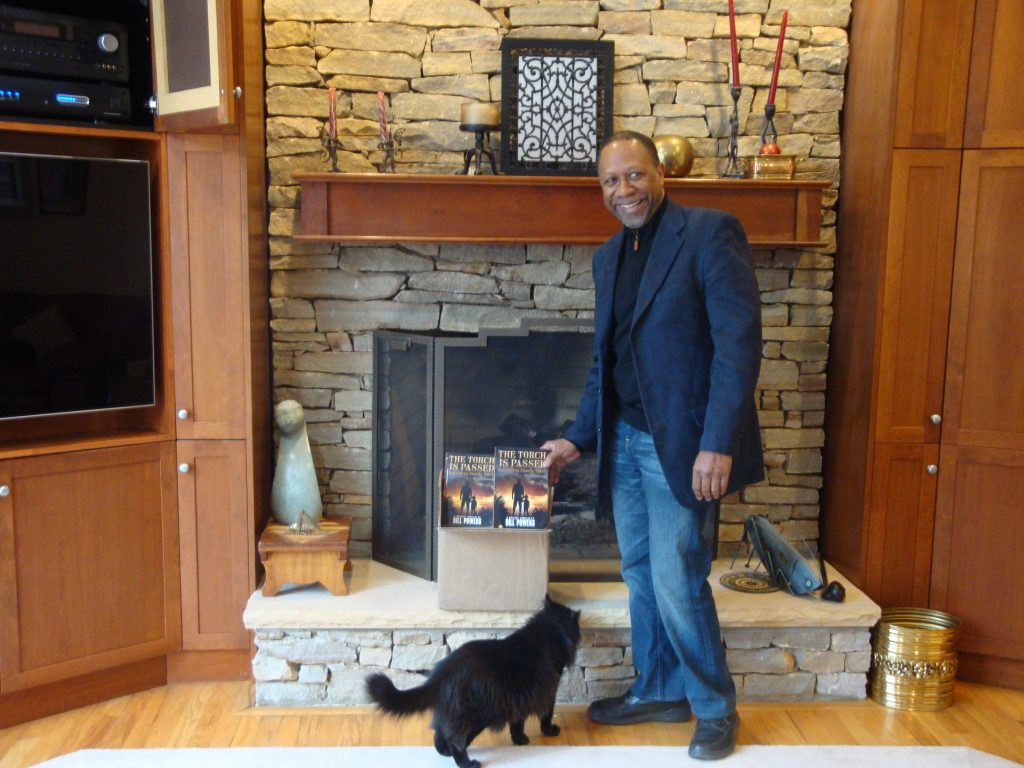 I admit it – I love cats! All cats… Several years ago, my brother and I went to Johannesburg, South Africa and visited Lion Park – a preserve where lion cubs are raised and you can play with them.

One of the things I love about cats is that regardless of size, personality-wise, they’re all pretty much the same – graceful, rather lazy, but playful predators. They enjoy the hunt and to be honest, they enjoy killing things. Cats, including house cats, are one of the few animals that kill for pleasure.

If you were suddenly shrunken to the size of a mouse and stumbled across your cute little kitty at home – the outcome at best you’d become a cat toy and torn to shreds and worst you’d be a snack!

Well, the cubs at Lion Park were incredible!

They were about 40 – 50 pounds and a 45 pound lion cub is essentially a giant kitten. If it’s awake, it wants to play. And given their size, they can play rough.

They can’t really hurt you, but they can push you around. I had a blast! I went to Lion Park three times in a week!

I also got to visit a cheetah preserve. These are also beautiful animals. As big cats go, cheetahs are “relatively” docile. I got to meet Brian – he was a major cutie and cheetahs purr. They’re the only big cat that purrs…

And of course, there is my “big kitty” – Octavian! 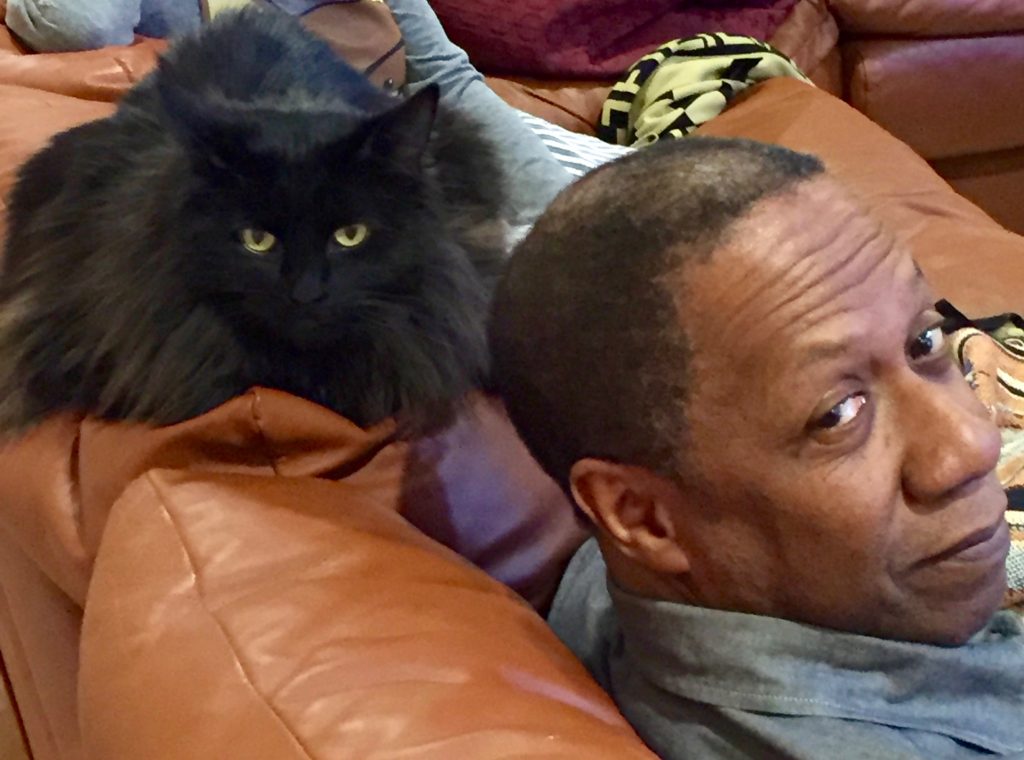