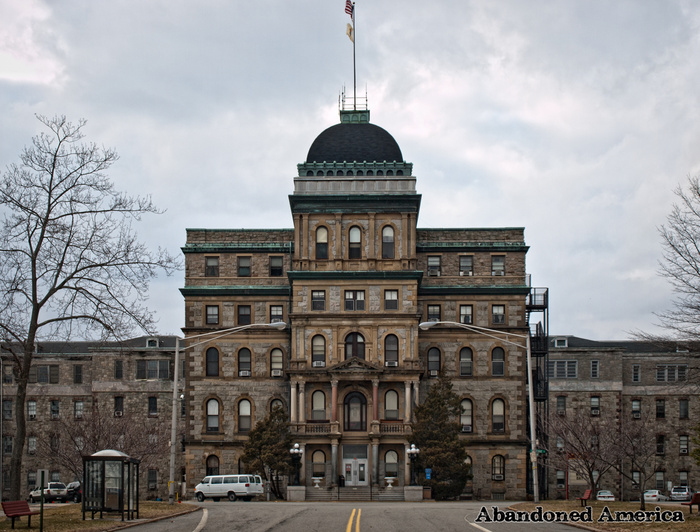 Originally opened on August 17, 1876, the hospital was known as the New Jersey State Lunatic Asylum at Morristown. The asylum officially received the familiar Greystone Park name in 1924. The idea for such a facility was conceived in the early 1870s at the persistent lobbying of Dorothea Lyne Dix, a nurse who was an advocate for better health care for people with mental illnesses. Because of her efforts, the New Jersey Legislature appropriated $2.5 million to obtain about 743 acres of land for New Jersey’s second “lunatic asylum.” Great care was taken to select a location central to the majority of New Jersey’s population near Morristown, Parsippany and Newark. The land Greystone was built on was purchased by the state in two installments between 1871 and 1872 for a total of $146,000.

At this time in history, New Jersey’s state-funded mental health facilities were exceedingly overcrowded and sub par compared to neighboring states that had more facilities and room to house patients. Greystone was built (673,706 ft²), in part to relieve the only – and severely overcrowded – “lunatic asylum” in the state, which was located in Trenton, New Jersey. In fact, Greystone’s initial 292 patients were transferred from the Trenton facility to Greystone based on geographic distribution, setting precedent for Greystone to become the facility that would generally accept patients whose residences were in the northern part of the state. This proved to be the very reason why Greystone quickly became overcrowded in the heavily populated North while the Trenton facility’s number of patients remained relatively stable in the comparatively sparsely populated South. 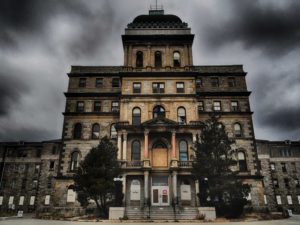 In just four years after Greystone opened, it was already accommodating around 800 patients in a facility designed for 600. By 1887, the exercise rooms and attic space were converted to dormitories to create extra rooms for the influx of new patients. In an attempt to relieve the further overcrowding, the Dormitory Building was built behind the Main Building in 1901. It, however, wasn’t enough to alleviate the problem and thus in the same year the dining rooms on each floor had to be converted into dormitories as well. 13 years later, in 1914, the facility housed 2,412 patients, but now had an absolute maximum capacity of 1,600.

The next few decades saw a flurry of construction as supply was scrambling to meet demand. Of note was a new reception building named after the influential Greystone superintendent Marcus Curry in 1927. Patient numbers are believed to have peaked in 1953 with an impressive 7,674 people packed into spaces designed for significantly fewer. An explanation for this dramatic increase can be found in the fact that World War II had ended and left many soldiers requiring treatment for post-traumatic stress disorder, which included procedures such as insulin shock therapy and electroconvulsive therapy. Greystone was one of the few places in the country capable of treating such patients.

The 1970s and 1980s finally saw some weight lifted from this overcrowded facility because of the trend toward de-institutionalization, which was a direct effect of the use of Thorazine, one of the first drugs that was capable of treating the mentally ill. By 1975, the clinic building had closed with the Curry building closing the following year. Due to the Doe Vs. Klein case, the hospital was required to provide community homes for halfway house-style living. In 1982, 20 independent living cottages holding two patients each were built. By 1988, all patients had been moved out of the Kirkbride building (the main building), and in 1992, the dormitory building closed. For the most part, the main building remained unused except for administrative offices in the center section.

In 2000, Greystone was only a 550-bed facility when then Governor of New Jersey, Christine Todd Whitman, announced that the state was going to close the facility by 2003. The decision to close Greystone came about not only because of concerns for the aging buildings, but also due to the recent negative press it was receiving. Specifically, accounts of sexual assault in a hospital elevator, patients committing suicide, patients becoming pregnant, and a twice-convicted rapist escaping did not help Greystone’s public image. Some patients were slowly transferred to smaller-capacity programs, reducing the number of residential patients to approximately 450 in 2005. Then, on September 8, 2005, the New Jersey Health Care Facilities Financing Authority closed a $186,565,000 bond issue on behalf of the State of New Jersey Department of Human Services for the completion of a new, 43,000 m² (460,000 ft²) Greystone Park Psychiatric Hospital, still with a shortage of about 75 beds.

In 2005, the Greystone campus covered over one square mile (259 ha) and consisted of 43 buildings.

The original Second Empire Victorian style building (Kirkbride Building) was 673,706 total square feet. At the base of this massive building was the alleged largest continuous foundation in the United States from the time it was built until it was surpassed by the Pentagon when it was constructed in 1943.

Each ward was initially set up to accommodate 20 patients. Each was furnished with a dining room, exercise room, and parlor. Most wards had wool rugs that ran the full length of the corridors. Other amenities included Victorian stuffed furniture, pianos, pictures, curtains and fresh flowers. Though not all wards were created equally. Wards that housed the most excitable patients were sparsely furnished – presumably for their own safety – with sturdy oak furniture. 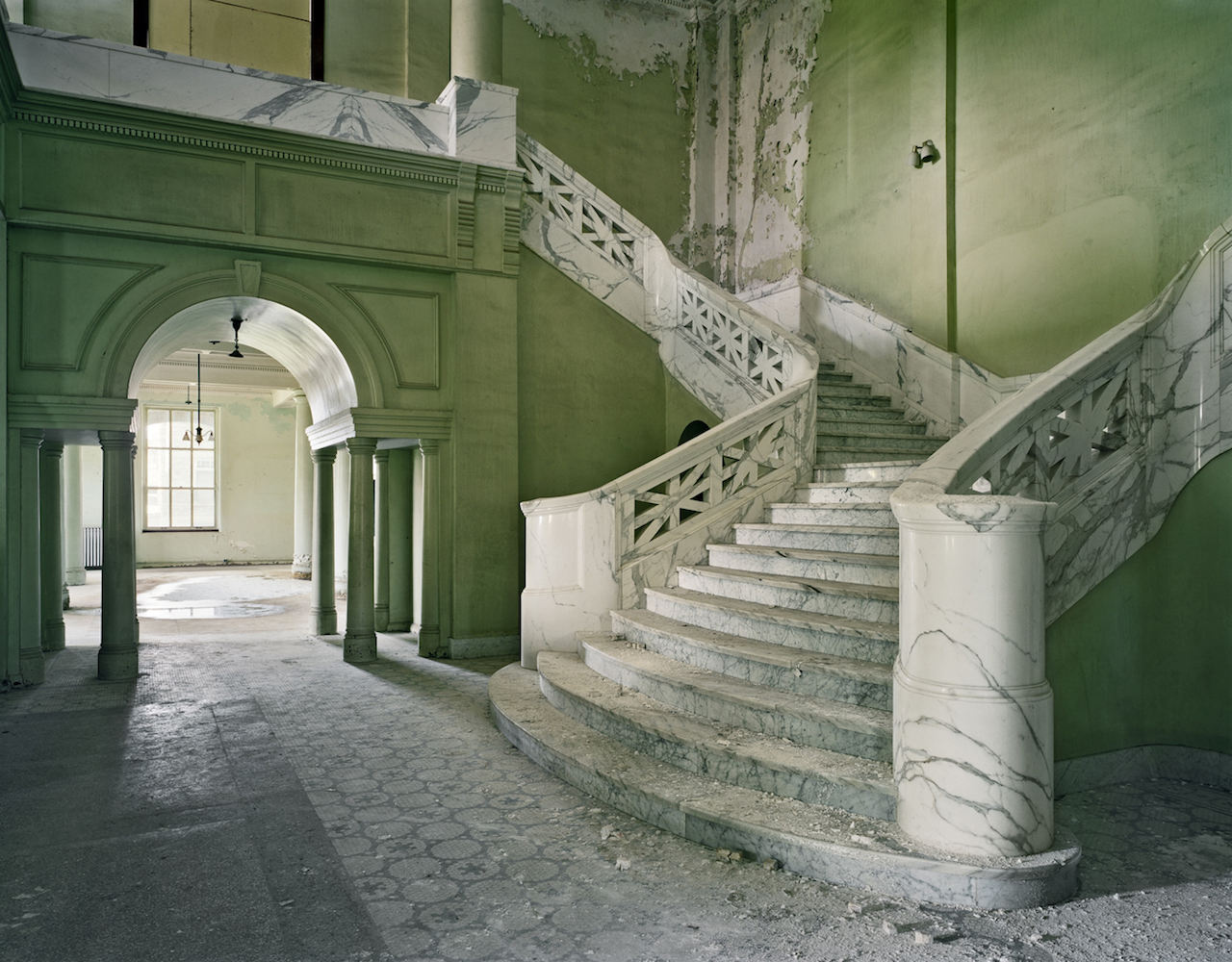 Initial fees were $3.50 per week for a normal patient. For persons seeking private apartment-style living, the rent could be anywhere from $5.00 to $10.00 per week.

During the time that Greystone was built, the predominant philosophy in psychology was that the mentally ill could be cured or treated, but only if they were in an environment designed to deal with them. A major proponent of this philosophy was Thomas Story Kirkbride, who participated in the design phase of the main building at Greystone, though the two main designers were architect Samuel Sloan and Trenton State Asylum Superintendent Horace Buttolph (a friend of Kirkbride’s). The building was constructed and furnished according to Kirkbride’s philosophy, which proposed housing no more than 250 patients in a three story building. The rooms were to be light and airy with only two patients to a room. To reduce the likelihood of fires, Greystone and other Kirkbride asylums were constructed using stone, brick, slate and iron, using as little wood as possible. A street on the Greystone Park campus bears Buttolph’s name. 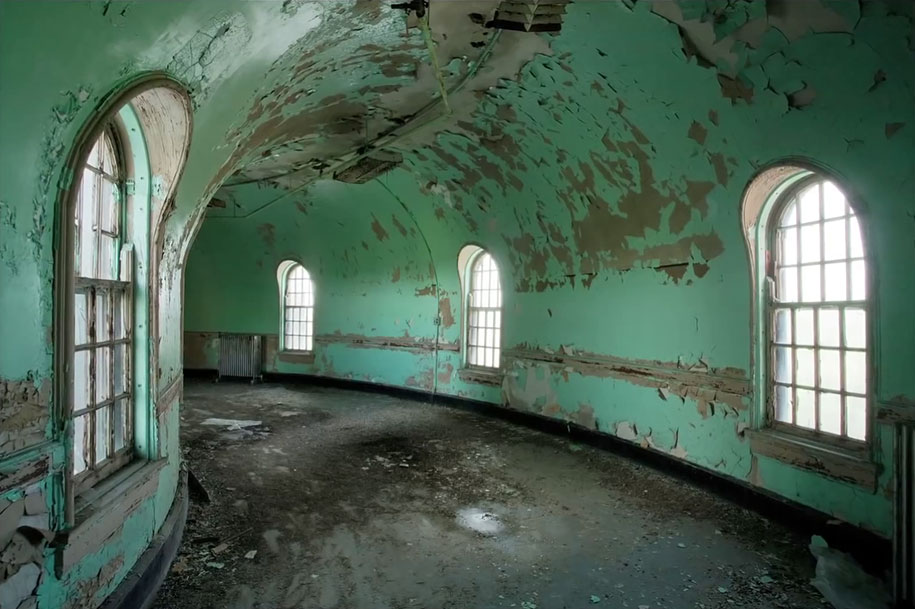 The Greystone campus itself was once a self-contained community that included staff housing, a post office, fire and police stations, a working farm, and vocational and recreational facilities. It also had its own gas and water utilities and a gneiss quarry, which was the source of the Greystone building material. Below the building, a series of tunnels and rails connect the many sections. For many years, a trolley line, part of the Morris County Traction Company, connected the facility with what is now a NJ Transit rail station at Morris Plains and other parts of Morris County. 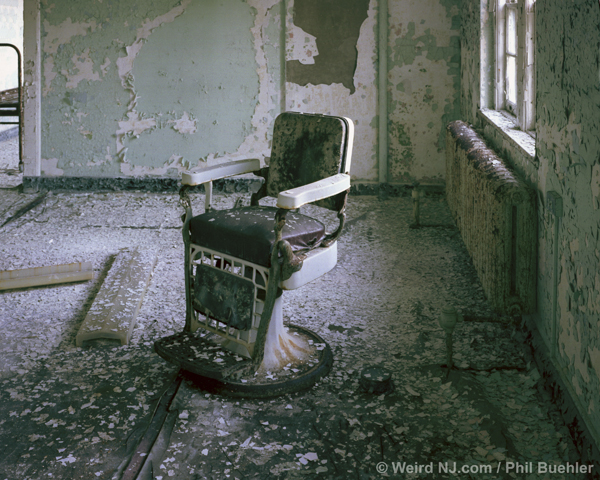 In 2008, Greystone was ordered to be closed as a result of deteriorating conditions and overcrowding. A new facility was built on the large Greystone campus nearby and bears the same name as the aging facility. Despite considerable public opposition and media attention, demolition of the main Kirkbride building began in April 2014 and was completed by October 2015.

Greystone holds a special place in my heart. In 1987, I moved about a mile away from the campus and in the 1990s, often my daughter and I would ride our bikes onto the Greystone campus and walk around looking into the abandoned buildings. There was a public effort to get the state of New Jersey to maintain the original Kirkbride building at Greystone as a historical architectural monument, as has been done in other states. But alas, New Jersey, a state that taxes everything and spends money on even more, could not find the funds to maintain this beautiful piece of history and it is now gone forever.

What’s Next for The Hardings