Sympathy and empathy are integral components of the human experience. To comprehend the emotions of others from your own perspective, or to experience those emotions for yourself as they do is unique to the human experience. In recent years, we have begun to understand that there is an even closer connection experienced by some that transcends both sympathy and empathy. It is a condition that the frontiers of what our vast scientific and medical knowledge can readily explain: mirror synesthesia, or mirror touch synesthesia (MTS).

Individuals who experience this rare condition find their comprehension of the feelings of others extends from the intellectual realm to their own physical experiences. Mirror synesthesia effectively blurs the lines between what is our own self and others.

An Overview of Mirror Synesthesia

The underlying categorization of the MTS is the neurological/psychological condition known as synesthesia. Individuals who experience synesthesia describe it as a blending of sensory and cognitive input across two or more of their five senses. For example, there are individuals who see specific colors when they hear musical tones, and others who experience a sense of concrete physical space between times and dates in a three-dimensional map in their head. There are many other types of synesthesia which we will examine further shortly

Individuals who experience synesthesia are referred to as synesthetes, and the condition has been studied and documented since the early 20th century. Modern neuroimaging has verified that synesthetes experience unique patterns of brain activity, and psychologists and neuroscientists alike have continued to delve into the physiological and cognitive explanations for the causes and effects of synesthesia.

Every synesthete’s experience with the phenomenon is unique, but researchers have established two categories: projecting and associative.

Synesthetes who experience projecting synesthesia will visually experience colors, forms or shapes when the trigger stimulus is present. These projection responses tend to be strong and sometimes physically overwhelming to the individual.

Unlike projecting synesthetes, associatives experience a strong sense of involuntary connection between their sensory and cognitive experiences when exposed to the trigger stimulus. Individuals with associative synesthesia often describe their experiences in their shared context, like an instrument that “sounds blue” or a triangular or square musical tone.

Many synesthetes do not categorize their experiences as aberrations, and are often surprised to discover that others do not share their unique perceptions until it comes up in conversation. Unless it causes significant distress, few individuals view their synesthesia as a mental illness (which it isn’t) or even as a handicap. The perception that they have a unique hidden gift is a far more common thread of reasoning among synesthetes, in particular those who are creatives, artists or musicians. The singular exception to this context for these experiences is mirror touch synesthesia (MTS).

MTS is an exceptionally rare form of projecting synesthesia, and individuals with the condition often describe it as both physically and emotionally painful, dependent upon the circumstances and trigger stimuli present. What makes this condition unique among synesthetes? Let’s take a closer look.

In summary, mirror synesthesia is a condition that causes individuals to experience the physical sensation of touch when they observe another person receiving physical stimulus. The name derives from the idea that this type of synesthete is “mirroring” sensations experienced by another, even to the point that sensations on one half of the other person’s body are mirrored on the opposite side of their body. Per a University of Delaware study, it is estimated that only 2% of people in any given population will experience MTS in their lifetime.

The exact causes of this condition are unknown, but there is evidence of a strong correlation between unique structural differences in the brain and an individual’s ability to experience empathy. In a similar study from Cognitive Neuropsychology, individuals with MTS viewed photographs of people’s faces and demonstrated a superior ability to recognize the emotions expressed compared to non-mirror touch synesthetes. From their collected data, researchers concluded these synesthetes possessed enhanced social and cognitive recognition sensations.

Whatever the cause or research findings, it is clear there is some link between empathy/lack of empathy and MTS for many synesthetes who experience this unique condition.

Most synesthetes with mirror touch experience one of two subtypes of symptoms. The first is the previously described mirror synesthesia where an individual observes someone else experiencing a physical stimulus and experiences a similar sensation on the opposite side of the body. When an individual who had a pen pressed into the palm of their right hand, the synesthete would experience a sensation of pressure in the palm of their left hand.

• a sensation of touch while observing another person being touched

• differing sensations when another person is touched, including itching, tingling, pressure or pain.

Mirror touch synesthetes describe the intensity of sensations as varying in severity from mild to acutely painful. It is also typical for these synesthetes to report that they have experienced these symptoms since childhood. It is often accompanied by sharing emotional experiences like involuntary crying when they see others cry, or laughing involuntarily when others are laughing.

Like other synesthetes, mirror touch synesthetes have varying perspectives of their condition. Some view it as a curse that requires consistent cognitive coping mechanisms to prevent it from interfering with their wellbeing, while others view it as a gift for empathy and compassion. Here are a couple case studies that provide a view into both perspectives.

A Harvard Medical School graduate and neurologist working at Massachusetts General Hospital, Dr. Salinas experiences mirror-touch synesthesia. He views his MTS as a useful gift in determining symptoms with patients who cannot explain what is wrong themselves.

Dr. Salinas makes no claims to be a mind-reader, but he has found success in helping patients find the source and level of their pain. This has been instrumental to his work as a doctor, and has led to more effective treatment for non-verbal patients and patients with communication disabilities.

He is also the first to admit that his gift does come with a price. When he performs spinal tap procedures on patients, he can feel the needle going into his own lower back. His interactions with enraged psychotic patients often leave him feeling emotionally worked up and angry. Working with patients who are about to die can leave him feeling hollow and depleted physically and emotionally. It requires significant self-discipline and healthy cognitive coping mechanisms for him to overcome these synesthetic experiences, but he always moves on to help the next patient. After all, who is more uniquely qualified to help than han he?

Ms. Seaburg is a blogger, author and speaker who works to raise awareness about MTS. Maureen actively advocates for further research into MTS, and has published a book on the topic, Struck by Genius. Ms. Seaburg firmly believes the ideal posited by neuroscientist Dr. V.S. Ramachandran that MTS will “…do for psychology what DNA did for biology.”

In her article, she describes an experience giving a talk at a New York high school regarding MTS. After her presentation on the history of the condition and symptoms, students were invited to ask questions. Naturally, students asked if she could tell them what physical sensations they were presently experiencing, or to tell them where on their body they experienced pain from childhood injuries. She proceeded to correctly answer the questions posed by six students, leaving all of them astounded.

Seaburg views her MTS as something of a mixed blessing more than a gift or a curse. She frequently feels she must cut through what she describes as “empathic noise” around her to focus on working and coping with daily life. Seaburg further states in the conclusion of her article that she has never conducted an experiment similar to her talk at the high school in a laboratory setting, but she is open to the idea.

While there are currently no official diagnostic criteria for MTS, there are two criteria most doctors and psychologists implement to determine the presence of MTS:

• an enhanced level of empathy compared to others.

Individuals being evaluated are generally instructed to observe another individual being touched and state if they experience a synesthetic response. Sometimes the diagnostician will use objects of varying weight and texture to determine its effect on the synesthetic response. Heavier objects, sharp objects and light objects have been shown to vary the intensity of sensations, so varying the stimulus can function as a key component of diagnosis.

Following the self-reporting diagnosis, some patients may have an MRI to measure brain activity during stimulus or a trans-cranial direct current stimulation (TDC) to map any potential outliers or differentiations in their brain structure. These are costly and complex procedures, so outside of clinical studies it is rare to be evaluated using either method.

Symptoms of MTS can cause people to withdraw from daily activities and social interactions because they fear being overwhelmed by potential synesthetic responses. If you believe you are experiencing MTS and it is causing you significant distress, you should consult with your doctor, a psychologist and/or a neurologist. They can also help you develop a method of treatment to help you cope with the condition and make recommendations for helping you maintain your physical and mental wellbeing.

It is important to note not every mirror touch synesthete experiences mental distress from their condition. For many, working with a therapist who specializes in sensory processing disorders is the best way to develop healthy coping mechanisms and establish stability and normalcy.

In some cases, a therapist or psychiatrist may recommend a prescription for anxiety and depression. It is common for individuals with MTS to experience both mental illnesses due to their inability to “shut off” the constant stimulus they experience when around others. Taking medication to treat those conditions can often be life changing, and for many it allows them to feel as though they have greater control over their feelings and MTS symptoms. Bottom line, if you are experiencing mental distress from MTS to the point it affects how you live your life, reach out to your doctor for help. They are there to help.

MTS is an exceptionally rare condition that the medical and scientific community is only just beginning to understand. That does not in any way discount your personal experience, and if you have experienced symptoms of MTS that cause you distress, you should consult with your general practitioner or a psychologist. The lines between your own sensations and emotions and those of others may appear blurred, but that does not mean that your condition is a curse or a defect.

MTS is not an illness, but simply another way some individuals experience the world around them. Celebrate this unique experience for its potential, and don’t hesitate to seek help and understanding if you are struggling. 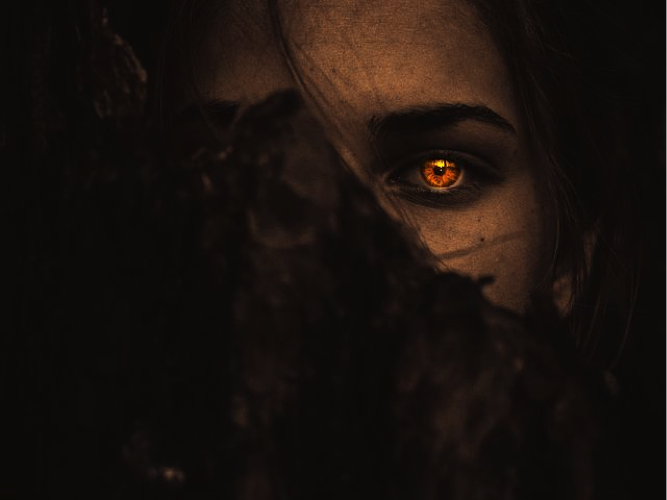