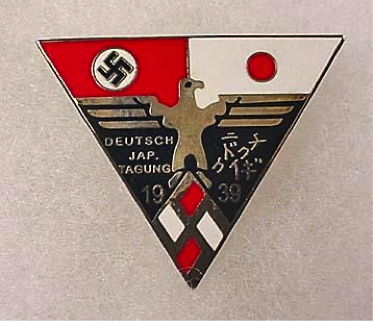 When talking about World War II, most people know about the conflict as the Allies versus the Axis powers. However, there were a lot of different and competing allegiances both before and during the war, all of which had some level of impact on the outcome. One of the most intriguing was the Anti-Comintern Pact of 1936. Although this Pact didn’t alter the course of the war as significantly as others, it does illustrate how complicated things can be during times of conflict.

So, with that in mind, we want to take a closer look at the Anti-Comintern Pact. Who was part of it, what it outlined, and what it meant for the war overall.

During Hitler’s rise to power, he had a fairly extensive list of enemies. One of them was the communists, most notably the USSR. Hitler and the Nazi party were vehemently anti-soviet and believed that bolshevism would corrupt the world as much as Judaism and other beliefs.

In the mid-30s, Joseph Goebbels, Hitler’s minister of propaganda, developed the General Association of German Anti-Communist Federations, or GDAV, as it was known in Germany. The primary goal of the group was to spread anti-soviet messaging both inside and outside of Germany to bolster support for the Nazi party.

When the Spanish civil war broke out in 1936, the GDAV focused a lot of its propaganda there, particularly because the Nazis were allied with Franco’s fascist party. On the opposing side was the USSR, who supported the Republicans. The Germans felt that a formal treaty with other nations could help stem the tide of soviet aggression.

On the Japanese side, they also viewed the Soviet Union as a primary antagonist. Since the USSR was expanding its operations in the region, and considering that the two countries practically shared a border, tensions were high before the Anti-Comintern Pact was signed.

Another element that caused conflict between Japan and the Soviets was Japan’s invasion of Manchuria and China in the early 30s. Since Imperial Japan was extending its power and influence in the region, the Soviets knew that they would eventually come to a head. Further complicating matters was the relationship between communists in Russia and those in China.

Initially, Germany had hoped to ally with China and Japan against the USSR, since Sino-German relations were good. The Chinese bought armaments from the German military, and the Germans received valuable resources, such as tin and tungsten. However, because of the conflict between China and Japan, Germany would have to pick one over the other. Eventually, since the Japanese military was a more potent ally, Hitler went with them.

The Seventh World Congress of the Comintern

In 1935, communists around the world came together for the Seventh World Congress, held in Moscow. There, communist leaders recognized that they were heading into significant conflict with both Western and Japanese powers. Before the Congress, the Soviet treatment of Western democracies was one of mutual benefit. However, seeing that Germany and Japan were actively becoming more aggressive, leaders believed that it was better to secure alliances with left-leaning countries, such as Great Britain.

During the Congress, communist leadership called out Japan and Germany as aggressors and potential threats to the USSR and its interests. Because of this Congress, Germany realized that it needed to form an anti-communist alliance as soon as possible.

German Alliances With the USSR and Great Britain

One of Hitler’s strategies to consolidate his power was to work with people right up until the point he betrayed them. It worked wonders in Germany, as the “night of long knives” allowed Hitler to dispose of his enemies swiftly.

Abroad, he used the same tactic with Great Britain and the Soviets. However, his long-term goals were always to push back against Soviet aggression and remove the Bolsheviks once and for all.

With Great Britain, Hitler signed the Anglo-German Naval Agreement in 1935. This agreement came as a shock to Japan, which saw the treaty as a threat to the German-Japanese alliance. However, Hitler’s primary reason for aligning with Britain was to weaken his European enemies (i.e., France) and to help contain the USSR. At the time, he felt that an alliance between the Western powers was far more valuable to removing the Soviet threat.

With Russia, Hitler and Stalin agreed to the Molotov-Ribbentrop Pact, which was itself something of an extension of the Treaty of Berlin. Since 1922, Germany and Russia had agreed to a pact of nonaggression. Neither country would ally or aide an enemy of the other.

The Molotov-Ribbentrop Pact was named after German foreign minister Joachim von Ribbentrop and Soviet diplomat Vyacheslav Mikhailovich Molotov. This agreement went into effect in 1939 and stipulated how the two powers would carve up Eastern Europe, specifically the countries of Poland, Lithuania, Latvia, Estonia, and Finland.

The idea behind this Pact was that Hitler wanted to share a border with the USSR. Then, it would be much easier for him to invade, since he wouldn’t have to move through intermediary countries first. Although the Pact made it seem like German aggression toward Russia would cease, the plan was always to invade and wipe out the Soviets.

In both cases, Germany sent secret messages to Japan to let them know of their ultimate plans, thus securing the German-Japanese alliance.

What Did the Anti-Comintern Pact Do?

On the German side, Ribbentrop was the primary architect of the Pact. On the Japanese side was Hiroshi Oshima, the ambassador to Germany from 1938-39 and 1941-45. Both men vehemently hated communism and the Soviets, and they made sure that the Pact assured mutual assistance if the Soviets were to attack either country.

There was plenty of back and forth about what to include within the Pact, but in the end, it covered a few key protocols.

First, both countries were to share information about communist dealings, specifically those related to the USSR (although the country was not named publicly). The Pact was careful to omit any details regarding military strikes or advancement so as not to create diplomatic tensions with the Russians.

Second, should the Soviets attack either country, the other would agree to step in and offer assistance as needed. Originally, it’s believed that the first draft of the Pact, as signed by Hitler, had a more offensive stance, but the Japanese were worried about having to back Germany if they launched an invasion. The way it was written in the final draft, the Pact was meant as a defensive measure only.

Finally, there was a secret protocol added to the treaty, which named the USSR directly and outlined Germany’s and Japan’s informational and militaristic alliance. Based on the language of the secret protocol, it was apparent that the Pact was designed as a measure against Russia specifically, not communism in general.

What Was the Anti-Comintern Pact’s Impact on the War?

For the most part, the Pact signaled that Germany and Japan were officially allied with each other. The Chinese were largely upset, since – at the time – they were still receiving German aid to help fight off the Japanese. That aid ceased in 1937 when Japan invaded China.

For Europe, the Pact was seen as an act of aggression toward Eastern European countries like Czechoslovakia and Poland. When Italy signed the agreement in 1937, that further cemented the divide between the Allies and the Axis powers.

In Germany, the Pact was part of a pro-Japanese propaganda movement by the Nazi party. Since most Germans were pro-Chinese, the Nazis had to work hard to sell the idea of an alliance with Japan. Over time, Hitler wanted to strengthen the bond between the two countries, particularly for cooperation after the war.

In Japan, the Pact wasn’t widely celebrated, but it did create some tension between the Imperial Japanese Army (who supported the Pact) and the Imperial Japanese Navy (who weren’t supportive). According to the Navy, the more significant threat in the region was the US and Great Britain, so allying with Germany effectively made cooperation with the US and UK impossible.

For the Soviets, the Pact was a clear act of encirclement between Japan and Germany. They also saw through the public version and realized that there must be a secret military alliance between the two countries against the USSR. Essentially, the Pact made the Soviets more paranoid and encouraged them to ramp up their armament in case of conflict.

Overall, once the Pact became public, it signified a shift in allegiances, which made a lot of countries nervous. Italy’s entrance to the agreement in 1937 only made matters worse and put Europe and Russia on edge. Had Germany and Japan not gone public with their treaty, it could have bought them some time to strategize their plans for the war. As it was, they played their hand and would let the chips fall where they may. 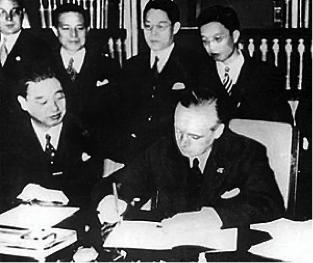