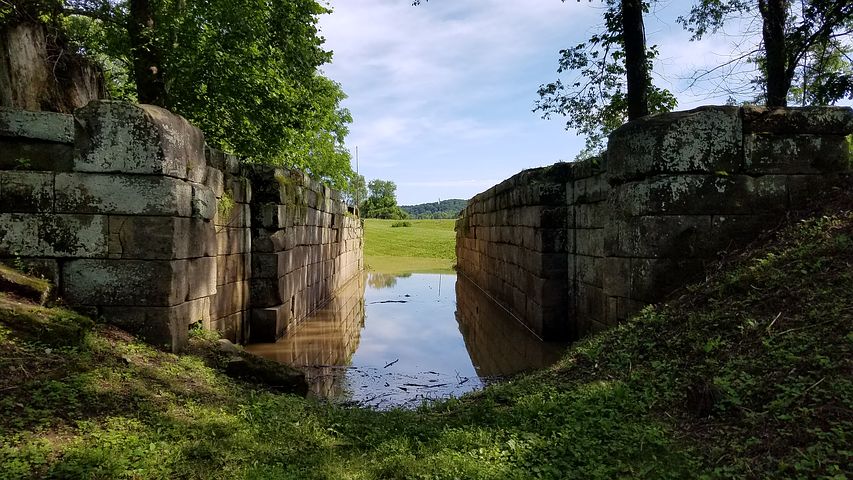 For many years, America stood as a beacon of industry. From the age of the Industrial Revolution to the mid 20th century, the United States was in a state of constant growth and production. These days, however, various factors – including automation and globalization – have created a much different industrial landscape. Where there were once high-output factories, now stand empty buildings; monuments to a time long past.

While America is still an industrial powerhouse, our focus has shifted in the past few decades. In this article, we want to provide some insight into the history and changes that have occurred. We also want to take a closer look at some of the most captivating abandoned sites across the country. Join us on an adventure through time.

When we talk about the United States as an industrial and manufacturing powerhouse, most of the growth and change happened in the years following the Civil War. From about the mid-1870s, the country was exploding with innovation and new industries that were unheard of decades prior. This revolution would shift the landscape and populations of the nation dramatically.

Some examples of monumental shifts during the late 1800s included:

We take it for granted today, but electricity only existed in one’s imagination. That is, until 1882, when Thomas Edison founded the Edison Electric Illuminating Company of New York, which provided incandescent light bulbs and the power to use them. Although progress was slow initially, once it caught on the country (and the world) would never be the same. Edison Electric eventually morphed into what we now know as General Electric.

For centuries, horses and wagons were the preferred methods to get from point A to point B. However, during and after the Civil War, trains became an even more integral part of modern life. They helped the North ship men and supplies to the front, and they were an essential component of Westward Expansion.

At the turn of the century, automobiles became more affordable, which spelled the end of the horse. In 1908, when the Ford Model T was invented, there were only about 200,000 cars on the road. By 1927, that number exploded to 15 million. 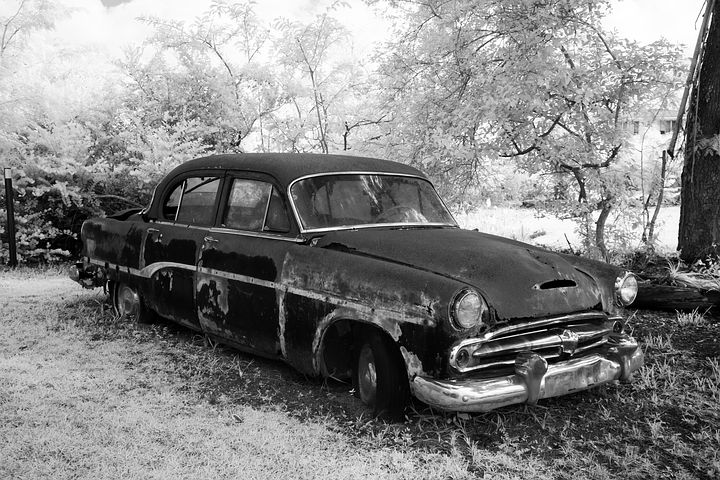 As factories and industrial centers became more and more prevalent, they needed a massive workforce to keep the machinery running. In the early and mid-1800s, most Americans lived in rural areas and towns. As manufacturing grew, more citizens started moving to cities, thanks to better work opportunities. Even today, the majority of Americans live in big cities rather than small towns or suburbs.

The boom of the late 1800s lasted for over a century, even through the Great Depression and two World Wars. In fact, one could argue that both World War I and II helped make America even more of an industrial powerhouse, as military manufacturing helped create jobs and opportunities. Also, since America itself was not ravaged by the war (unlike European countries), it was able to grow at an unprecedented rate.

However, that all changed with computers. For most of the 20th century, manufacturing output remained stable, growing at a rate comparable with the national GDP. However, since 2000, the country has been hemorrhaging jobs and losing factories to other countries like China.

Although the US started becoming more efficient during this period, job loss and the shuttering of various plants and manufacturing hubs have only gotten worse. While it’s impossible to find one specific reason, here are a few of the factors that contributed to this decline.

As countries around the world start developing and growing, they are beginning to have larger workforces. China and India have become powerhouses in recent years, thanks to cheaper workers driving more profitable growth. Many businesses, both in the US and elsewhere, are taking advantage of the cost savings by building materials and products overseas and then shipping them back to the United States.

Not only that, but because these countries have cheap labor, products that they make internally are also more cost-effective for consumers. Why would people pay twice as much for something just because it was made locally? As long as the product quality is similar, there’s no reason to pay more. 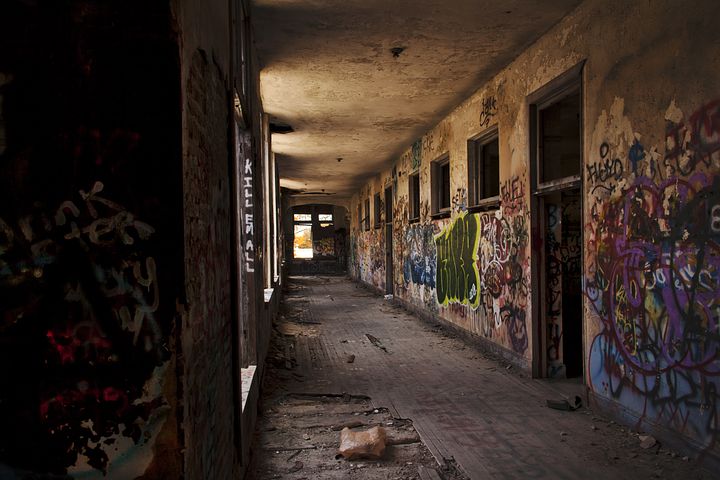 While global trade deficits are a substantial factor in America’s industrial decline, a focus on automation and robotics has been as much (if not more) of a killer. In many industries, factories can produce more efficiently with fewer workers. Those that do stay behind are highly skilled engineers, programmers, and technicians – a far cry from the uneducated masses that powered Henry Ford’s automotive empire.

Finally, America’s industrial decline can be attributed to a changing mentality among modern workers. Before, it was a good idea to work at a factory for 20-30 years until you could retire. The money was stable, and one could provide a decent life for a family.

Today, more of the workforce is looking for jobs and careers that offer more than a steady paycheck. Workers want value from their efforts, which means doing more than pressing a button or attaching parts on an assembly line. As demographics shift, so do the areas of growth. While manufacturing is declining, other industries are booming, such as:

Abandoned Industrial Sites in the US

To help us understand the gravity of the situation, we want to take a closer look at some of the buildings and sites that have succumbed to these mitigating factors. Many of these locations are related to manufacturing or industry, but some of them have just become victims of shifting populations. Here is a taste of what abandoned America looks like.

At the turn of the 20th century, steel and iron manufacturing was at its peak in the United States. Most of the demand for these raw materials came from massive construction projects, such as the Empire State Building or the Golden Gate Bridge. World War I and II also created tons of demand for iron and steel for the war effort.

Lackawanna Steel was the largest manufacturer in the world in the 1920s, and this plant thrived for many decades. What brought its decline, however, was an increase in environmental regulations and taxes. The business owners decided to move out of New York for these reasons, and the site has sat unused since 1982.

Color is such an integral part of modern life that it can sometimes be challenging to wrap your mind around where they all originate. Everything from clothing to food needs dyes and colors to make them pop, and one of the largest plants in the world was in Buffalo, New York.

For many years, this abandoned site was part of the National Aniline and Chemical Company, which started in the 1880s. Once again, both World Wars contributed to the factory’s success, as clothing and supplies for the war effort required dyes and other chemicals.

In the 60s, relaxed trade deals allowed American businesses to import cheaper varieties from other countries, and National Aniline started to slow down. This particular site was changed to Buffalo Color Corps in 1976, with its specialty being indigo dye for blue jeans. Unfortunately, cheaper Chinese versions of jeans flooded the market shortly afterward, spelling doom for the company. By 2003, this plant shut its doors for good.

We could populate this list solely with plants and factories currently rotting in Michigan’s former automotive empire, but we’ll focus our attention on one in particular – the Packard Motor Car Plant. This impressive site was built in 1903 and was the most advanced factory for its time. The site covers 35 acres and has over three million square feet of space, making it one of the largest auto plants in the world.

When it opened, Packard specialized in high-end cars for wealthy individuals. During World War II, the factory helped make engines for the P51 Mustang fighter planes. After the war, however, consumer demand shifted away from luxury vehicles to more affordable middle-class offerings. Packard struggled to keep up, especially against heavy competition from Ford, GM, and Chrysler (aka the “Big Three”). The plant shut down in 1957.

Along with auto plants, gold mines and towns are other prevalent victims of the cycle of boom and bust over the last century. Chemung sat on the outskirts of a small city in California, and during its peak, it was highly regarded as a producer of fine gold. The mine was built in the early 1900s and opened in 1909. The main structure itself was torn down and rebuilt numerous times, and various legal troubles forced it to close for good in 1938.

This site is relatively unique in that it was both a manufacturing hub as well as a retail storefront and parts distributor. R.J. Loock was a family business that started in 1913 and operated for almost a full 100 years. According to locals, the last heir to the Loock company died in 2001, and with no one in line to take over, the business shuttered for good.

The site was abandoned quickly, as many parts and supplies are still sitting unused on the factory and storefront floors. Although the area was vacated in the relatively modern age of 2001, most of its remnants echo decades past.

When talking about industries in decline, you can’t forget to mention print newspapers. The internet is a free and ubiquitous resource of information, meaning that print media is still facing a slow, agonizing death.

The Pittsburgh Gazette was founded in 1786, although this particular site was built in 1927. The Gazette continues to this day, although as a shadow of its former self. This specific site was home to three floors of printing presses and numerous offices. Since the paper consolidated and moved to another location in 2015, this building has been empty and unused, waiting for renovation and a second life for some up-and-coming industry.

Like Bethlehem Steel in New York, this area was a crucial component in the growth and prosperity of the new American empire. However, Birdsboro goes back even further than Bethlehem, all the way to the country’s roots. The original forge was built in 1740 and provided pig iron for the Revolutionary War and the War of 1812. Throughout the decades, Birdsboro would become a steel manufacturing powerhouse, continuing its tradition of military armament through both World Wars.

Unfortunately, the decline of manufacturing in the 1970s, thanks to more prevalent union strikes and rising imports, spelled the beginning of the end for Birdsboro. By the end of the 80s, the plant shut down for good. After it closed, the plant became an auto scrapyard, and currently houses hundreds of rotting vehicles across the massive site.

This factory was the original site of the Pemco International Corporation, which specialized in making glass and porcelain. The company’s founder was a pioneer in the porcelain enameling industry, as he discovered a way to add the material to iron surfaces. Some of the most notable products to come out of this plant included household appliances, outdoor grills, and roofing tiles (such as those for hotel chain Howard Johnson).

Environmental issues started creating problems for the company, as the plant regularly dumped toxic chemicals in the surrounding area. The site was shut down in 2006 as the company moved closer to Mexico and currently sits unused. Unfortunately, the area is still highly toxic, so it’s unlikely that any developments will come along soon.