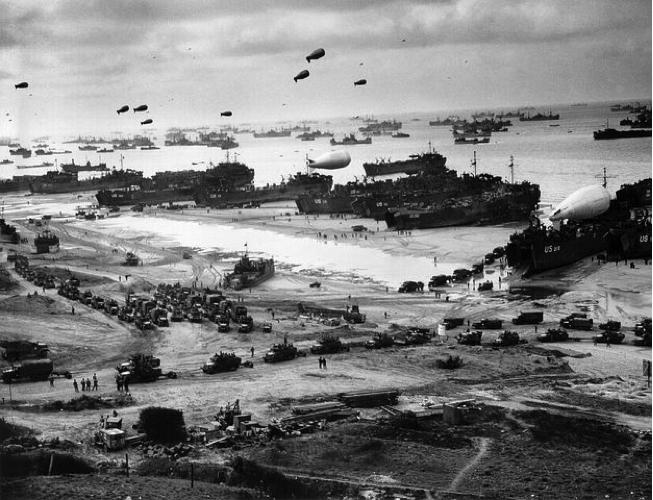 For the history enthusiast, there’s nothing quite like the thrill you get when you visit an important historical spot in person. It’s one thing to read about history being made; it’s another to be there, to stand where those others once stood and relive those past days.

For many, war-related ruins and monuments are especially important. This is because these historical points mark places where history didn’t just happen — it was shaped there as well! There are thousands of war-related ruins, geographical points, monuments and museums to visit across the globe, but World War II holds a special place in many peoples’ hearts due to its sheer size and importance.

In France, the memories of World War II are alive and well. For those history hounds hoping to visit this beautiful country there is much to see, do and learn. Below are some of the most important World War II ruins in France. To learn about them, we’ll move across the country, generally from west to east, talking about some of the most important points in each area of our visit. Let’s start out tour with what is undoubtedly the most famous beach in the annals of history:

There’s probably no place in World War II lore that is as fabled or awe-inspiring as the beaches of Normandy. June 6, 1944 is rightly seen as one of the most important dates of the 20th Century, and thankfully this area of northwestern France pays homage to that history. The Normandy coast is littered with beaches that all played an important role in the Allies’ final push on D-Day, and one could spend a long time just touring this area. In fact, many people do.

Normandy is actually made up of several different beaches, from Utah Beach in the west to Sword Beach in the east. Each one of these beaches saw heavy fighting that day, and many carry the scars even decades later. All of them can be visited, but let’s focus on one in particular:

Omaha Beach saw some of the heaviest fighting on D-Day, with a severely high death toll among Allied soldiers. Many troops drowned trying to make it onshore, and those that didthat did were very quickly gunned down by the entrenched German troops. Eventually, though, Omaha Beach fell to the Americans.

It’s not a beach, but Pointe Du Hoc is a must-see for any Normandy visitor. Nowhere was the fighting more deadly than in this area. Allied troops were forced to scale 100-foot tall cliffs to capture German fortifications.

Today, a visitor can tour the area, which contains various points of interest. Many of the craters created during the bombardment are still very visible and give the visitor just an inkling of the devastation that occurred there that day. Erosion has started to claim this area, and efforts are underway to preserve this vital bit of history.

Just up the coast from Normandy is Calais, another coastal area that saw heavy German fortifications, as Hitler was convinced this is where the Allies would try to land. Because of this, massive forts and bunkers were built that can still be toured today.

Batterie Waldam is a huge complex that really cannot be explored in one visit — unless that visit is stretched out over a couple of days! With over a mile of bunkers, tank traps and other defenses put in place, there are tons of things to explore here.

At Waldam the Germans built a huge, interlocking array of buildings and artillery that was clearly designed to turn the entire area into a death trap. Massive guns pointed both towards the coast as well as inland so that no matter where an attack came from, those at Waldam would be ready.

With the sheer amount of death and destruction that occurred at Normandy, it’s hard to think it could’ve been worse. Yet, looking at Waldam, it’s easy to see why Calais was skipped altogether — if the Allies had landed there, that day could have turned out very differently!

La Coupole was a bunker built on top of an old underground quarry. The original intent was to build a site to store and launch the fearsome V-2 rockets towards England, which sat right across the English Channel. Housing and other rooms were built, and were all put under a massive concrete dome. However, the German plans were thwarted here when the Allies began a strong bombing campaign during Operation Crossbow. The site was soon abandoned.

The site was captured in 1944 and partially destroyed. There it sat until 1997, when it was turned into a museum.

Moving inland, no tour of French World War II history is complete without a stop in Paris. Luckily, Paris was spared most of the fighting during the war, having fallen early without putting up a real resistance. That being said, there aren’t many actual “ruins” in this city. However, there are a few spots of note.

Le Meurice is a hotel that was built in 1815 and is still active today. This hotel is the height of modern luxury, going so far as to be designated as a “Palace Hotel” in 2011. It’s important for us, though, because during the war, from late 1940 through mid-1944, this hotel was taken over and used as the headquarters for the Nazi occupation in France. Visiting this hotel puts you right where some of the most famous names from German-occupied France made decisions that affected the lives of all of those living under German rule.

Fort Mont-Valerian was a fort long before the Nazi occupation, but it played an important role during the Nazi occupation. It was here that thousands of French citizens were imprisoned for various activities, and over 1,000 were executed by firing squad.

After the war ended, Charles de Gaulle consecrated the site as a public memorial, and it has remained so to this day.

Southwest of Paris lies what is probably the most heart-breaking and poignant World War II ruin in all of France — the village of Oradour-sur-Glane. On June 10, 1944 the fate of this village changed forever when a division of German troops arrived in response to what was basically no more than a rumour that a high-ranking German officer was being held captive in this tiny village.

Over the course of the next few hours, the entire village was slaughtered. The men were taken to various barns and sheds throughout the village, where they were all executed by machine gun. The women and children were rounded up and put in the village church, which was burned to the ground. In all, 642 men, women and children lost their lives. Only a small handful escaped.

That night, the village was partially destroyed until only part of it remained standing. Then, the German division left.

Today, the village has been rebuilt a few miles down the road, and the ruins still stand as a reminder of the atrocities that took place there. A museum stands close by, and the original site has been consecrated as a memorial.

Any visit to World War II France must include a visit to this sacred place.

Our last stop takes us all the way to France’s eastern border to a series of fortifications known as the Maginot Line. These bunkers were built in the years between World War I and II as an attempt to keep Germany from marching across the border. For that reason, these bunkers and forts were made to be strong, full of ammunition, soldiers and equipment ready to defend the country from invasion.

It was a good strategy, but it didn’t work. The problem was that France only built this line of defense along the southern stretch of its border. It didn’t build any along its border with Belgium, since Belgium was an ally. So, when Germany invaded and conquered Belgium, they were able to march into France without having to encounter these fortifications at all.

The remnants of the Maginot Line are still in place and can be visited all up and down the border. Bunkers such as Ouvrage Fermont and Ouvrage Galgenberg are just two examples of what you can encounter exploring this area.

These bunkers come in all sizes, from large, massive buildings that sprawl both above ground as well as below to tiny buildings that served more as lookouts than anything else. There is also an extensive network of underground tunnels that link much of the Maginot Line, giving you plenty of places to explore.

For the history lover, France offers a wealth of World War II sights that must be visited. The German occupation and eventual Ally liberation left a mark on this country that is still visible to this day, if you only know where to look. 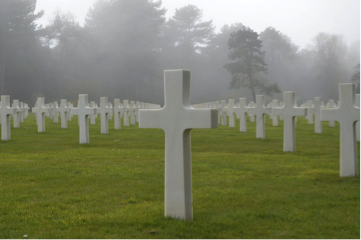