Fiction writing is a craft – an activity involving skills that can be learned. One of those skills is writing dialog that builds your story. Here are a few tips on how to write strong dialog.

Many authors studiously listen to real conversations – they eavesdrop. But, it’s a bit more than that. Written dialog should be one or more of the following:

Dialog, should sound believable, but remember it’s not real and has to be far more interesting that real dialog! It has to be authentic, but not boring. Here are some key components of good written dialog.

Good dialog should have a purpose. Does it advance the plot of the story? Does it show relationships between characters? Does it reveal information about characters? It should…

Dialog should be credible – as though it’s believable and authentic. Use slang and contractions to make it sound real. But use appropriately. For example, in The Torch is Passed, Deirdre rarely if ever uses contractions because of her upbringing, giving her dialog a distinctive pattern.

Avoid too many Filler Words:

You know – those words that drive you insane when you hear them in everyday conversation, “ums”, “ers”, “like”, “ah”, etc. It quickly becomes annoying and makes it difficult to follow the dialog. It bogs down the dialog flow.

Real people often use incomplete sentences, interrupt each other, trail off and interject. Your character should…

Use dashes — long lines indicating an abrupt break in speech. “What the –,” John exclaimed.

Use ellipses, a series of three dots … that indicate an extended pause. “Surely you’re not talking about…”

Be careful with Accents:

Accents can be difficult for readers to follow. They can be annoying to the reader, difficult to read or in some cases offensive. Show accents occasionally, but not all the time. In this case, less is more.

Beats are actions, gestures and brief descriptions or passages or narrative between lines of dialog. Beats help show characters internal thoughts and reactions of other characters. They make dialog more authentic. Here is an example of the use of beats from The Torch is Passed. Note the non-dialog parts of the passage.

The sergeant wrote down the address and directions to the Lion’s Den and handed them to Deirdre.

“Thank you ever so much, Sergeant, for your assistance.”

“You’re welcome, ma’am. And you have my card if you should…ah…need anything when you’re at the Lion’s Den.”

“I think we shall be just fine, Sergeant. We are just going to have a chat with Mr. Billy Bob Sutton.”

Out in the car, Deirdre gave the directions to Elihu. In the back, Riva said, “What’s the harm in having the sergeant tag along with us? He could help smooth the way, and it may be safer.”

“I have my own means of smoothing the way, Riva, and when we arrive at the Lion’s Den, I think it best if I do the talking.”

Deirdre removed her sidearm and checked the magazine and the two extra mags she carried, as well as the small derringer she carried in her left boot, and the folding KA-BAR knife in her right boot.

“Did you used to be a Girl Scout?” asked Andrea.

“Not really, the whole group activity thing was not for me; but I do like being prepared.”

Don’t use Dialog to Explain Things to the Reader:

Don’t use Character Names too Often:

Dialog tags (or speech tags) are like signposts, attributing written dialogue to characters. Dialog tags don’t need to be fancy. Their primary purpose is to show which characters speak and when. The greater the number of characters involved in a scene, the more important the frequency and positioning of tags becomes.

Each tag contains at least one noun or pronoun (Carla, she, Rory and Ellen, Jets, they) and a verb indicating a way of speaking (said, asked, whispered, remarked). For example:

Tags may be extended into longer phrases describing action or context:

Use dialog to show character personality or differences and different speech patterns, e.g.,

A good way to check for your dialog sound authentic is to listen to it. Read it aloud or record yourself reading.

Learning to write good dialog can be challenging and take years to learn, but it’s worth it. Strong dialog can bring your story to life, keep your story moving and hook your readers. 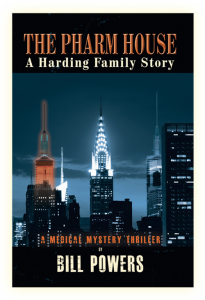