What do most militaries do best and most often? If you guessed fight wars, you would be mistaken. The one thing that most militaries do best – plan to fight. Name a famous war planner you say? How about Dwight D. Eisenhower. During the lead-up to World War II, Eisenhower was one of George Marshall’s (Army Chief of Staff during WWII) top planners. Marshall sent Ike to England to plan for the eventual US –led invasion of mainland Europe. Eventually Marshall and President Franklin Roosevelt selected Eisenhower as Supreme Allied Commander. What makes this fact interesting is that Ike made his bones as a planner in the Army, not a fighter. Eisenhower, unlike many other ranking US military leaders, had never led troops in actual battle prior to World War II!

From the late 1800s until post-World War II, the United States military (Army and Navy) developed a series of color-coded war plans that outlined potential U.S. strategies for a variety of hypothetical war scenarios. The plans were developed by the U.S. Army/Navy Joint Planning Committee, which later evolved into the Joint Chiefs of Staff.

In 1904, the Joint Planning Committee adopted a system of colors to represent countries – potential adversaries. Many war plans became known by the color of the country to which they were related; this convention lasted through World War II.

Here are some of the details. First, at some point, the U.S. had plans to militarily engage just about every major power on earth. In fairness, they all had similar plans to engage the U.S.

The plan that has received the most consideration was War Plan Orange, a series of contingency plans for fighting a war with Japan alone that was first outlined in 1919. Plan Orange actually formed some of the basis for the actual campaign against Japan in World War II and included pre-war economic blockade of Japan that the U.S. imposed and the plans for interning the Japanese-American population living in the mainland U.S. 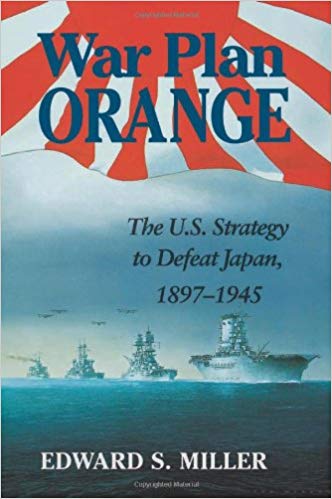 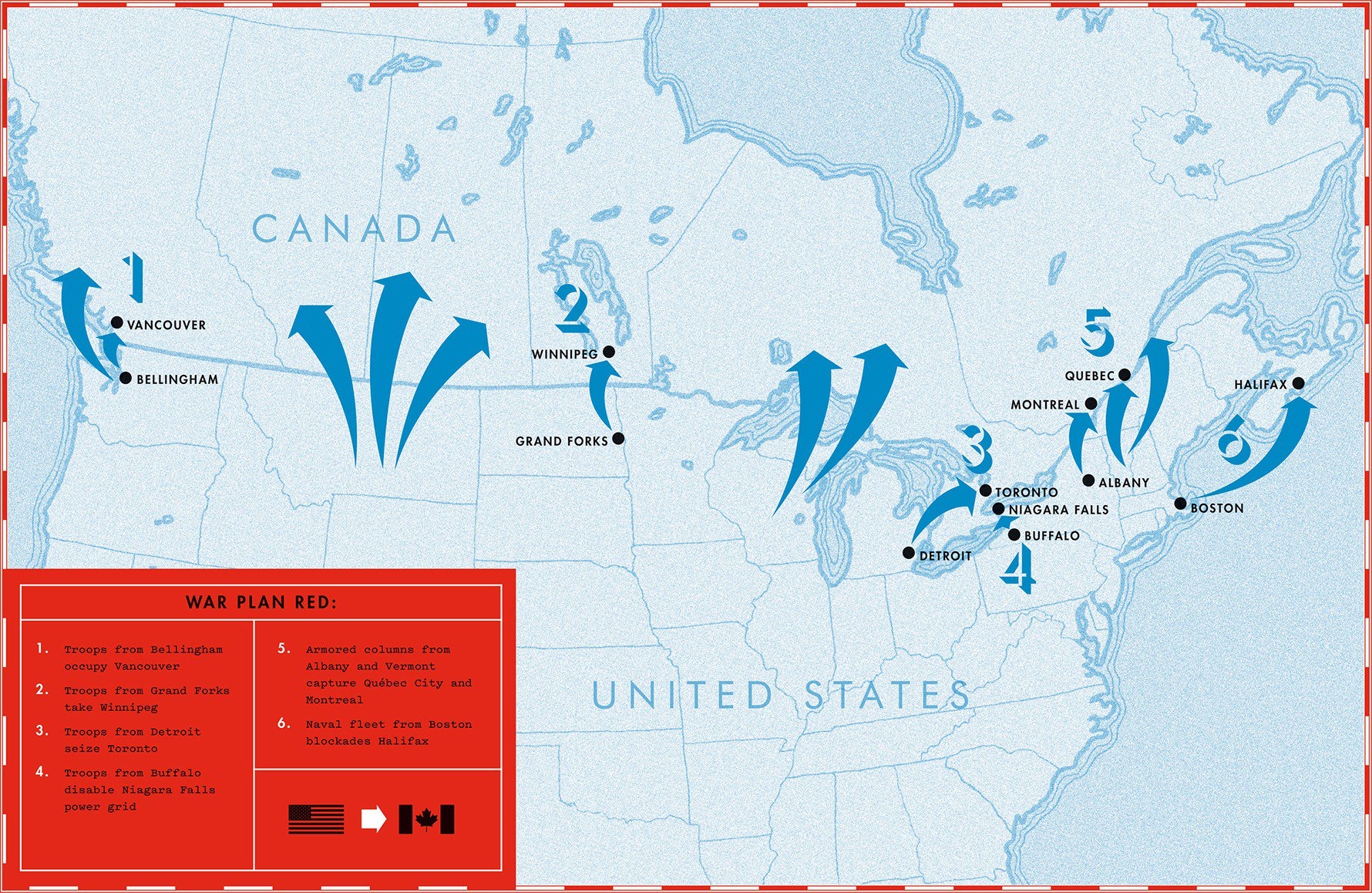 War Plan Red was a plan for war against Britain and Canada. British territories had war plans of different shades of red – the UK was ‘Red’, Canada “Crimson’, India ‘Ruby’, Australia ‘Scarlet’ and New Zealand ‘Garnet’. War Plan Red was kept updated as late as the 1930s and caused a stir in American – Canadian relations when declassified in 1974.

War Plan Black was a plan for war with Germany. The best-known version was conceived as a contingency plan during World War I in case France fell and the Germans attempted to seize French possessions in the Caribbean and launch an attack on the eastern U.S. seaboard. The plan actually called for the U.S. to cede southeastern U.S. territory to an invading German Army/Navy and to make a stand along the mid-Northeastern U.S. coastal area.

War Plan White involved U.S. military engagement during an internal uprising in the United States. Communist insurgents were considered the most likely threat by the authors of War plan White.

The color-coded U.S. war planning system is still of historical relevance, but militarily outdated. No doubt the U.S. military still very actively engages in war planning, but those plans are kept secret, unless and until needed.

Why my interest in this? War planning and post-war planning are referenced in The Lost Codicil.