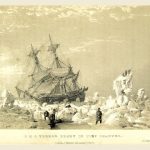 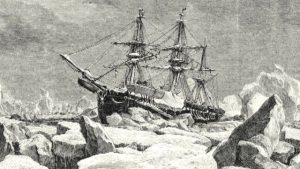 Have you ever experienced a story, be it a television show or series, a movie or novel that gets inside your head and just won’t let go even after you have finished the original story? Well The Terror did that for me. The Terror is a 2007 novel by Dan Simmons and a 2018 television series on AMC.

Warning: If you have not seen series or read the book, there are spoilers below.

Why did this story grab me? The Terror combines history with mystery/suspense with the supernatural and believe it or not with toxicology! It’s my perfect story!

On this particular expedition, two ships were outfitted, the HMS Terror, a retrofitted bomb vessel built in 1813. She participated in several battles in the War of 1812, including the Battle of Baltimore with the bombardment of Fort McHenry. “And the rocket’s red glare, the bombs bursting in air,
Gave proof through the night that our flag was still there” The “rockets” and “bombs” came from British naval bomb vessels that included HMS Terror. HMS Erebus was also a bomb vessel constructed by the Royal Navy in 1826. The vessel was named after the dark region in Hades of Greek mythology, called Erebus.

Several early 19th century attempts by the British navy to find and traverse the Northwest Passage had failed when in 1845; Captain John Franklin led a British Royal Navy expedition consisting of the HMS Erebus (his flag ship) and HMS Terror (captained by Captain Francis Rawdon Moira Crozier), the expedition’s second-in-command.

The Franklin Expedition left England in 1845 with sufficient provisions to last for 3 years (5 with rationing). Both vessels had been retrofitted with extra timbers and iron plating to the fore and aft hull to withstand the pressures of the ice; along with a 40 horsepower steam engine.

The novel and AMC series have both added a very scary supernatural aspect to the story, but the story of HMS Terror and HMS Erebus is plenty scary enough.

Captains Franklin and Crozier both were experienced Arctic and Antarctica sea captains. Crozier appears to have been the more experienced and better of the two; unfortunately Franklin was the leader of the expedition.

The expedition left England on 19 May 1845 and was last seen entering Baffin Bay, located between Baffin Island and the southwest coast of Greenland. By September 1846, the two ships became trapped in ice off Canada’s King William Island and never moved again. Or did they?

The British Admiralty was not initially concerned, thinking the HMS Terror and HMS Erebus had enough food and supplies for three years. The Admiralty did eventually launch a rescue mission in 1848 and offer a 20,000 British Pounds reward for finding the Franklin Expedition. Rescue missions went on for 33 years.

But by 1848, when the first rescue expedition was launched, it was too late. Franklin died in June 1847 and 23 other men had died before 1848. Communications that the Captains left in Cairns describing their situation were later found. The rest of the crew under Captain Crozier stayed on the boats, alive for two full winters and eventually abandoned the boats in 1848 and attempted to walk toward an outpost. During these two winters at times the temperature dropped to -100 degrees F and the ice up to 15 feet thick! Try to imagine those conditions on two sailing ships of the early 19th century for three years! 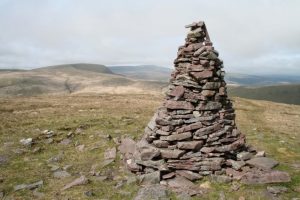 They all died during the trek. Or did they?

Next blog, I will talk about what we know and about what could have happened and how toxicology comes into the story.

Andrea Harding in The Torch is Passed