So in the event you are one of the puzzled, here is the definition of toxicology according to Wikipedia:

“Toxicology (from the Greek words τοξικός – toxicos “poisonous” and logos) is a branch of biology, chemistry, and medicine concerned with the study of the adverse effects of chemicals on living organisms. It is the study of symptoms, mechanisms, treatments and detection of poisoning, especially the poisoning of people.”

Yes! It’s the study of poison! Isn’t that cool!

All pharmaceutical companies employ toxicologists. When you go to the drug store to purchase drug X to do whatever it is you and your doctor desire it to do, how do you know that it will not make your hair fall out, your heart palpitate, cause you to lose consciousness, have seizures or much, much worse? That’s where your toxicologist comes in. Before and during human clinical studies, we study new drugs looking for potential adverse effects or toxicities. It gets rather complicated, so I will avoid boring you with the details.

So, how did a “normal” guy like me get into studying poison? I majored in biology in undergrad and was trying to figure out what I was going to do with a degree in that field. The summer after my sophomore year, I got a part time job in a toxicology lab at the National Institute of Environmental Health and Sciences (NIEHS) in the Research Triangle Park in North Carolina.

After being exposed to toxicology, to quote Nicholas Cage who played Stanley Goodspeed, a toxicologist in The Rock (one of the best Action/Adventure movies ever made and with a kickass soundtrack), “Got my first chemistry set when I was seven. Blew my eyebrows off. We never saw the cat again. Been into it ever since.”!

I worked in the NIEHS lab until I graduated, and then went on to get a M.S. and Ph.D. in toxicology – I was home! I got paid to work with poison – how cool is that? Well, in a nerdy sort of way, maybe.

With all my knowledge of toxicology and the pharmaceutical industry, I decided to make my protagonist a toxicologist. I think we kind of get looked over in entertainment. Check out The Pharm House and see what Nicholas is up to. 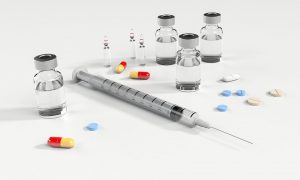 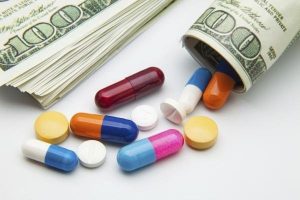