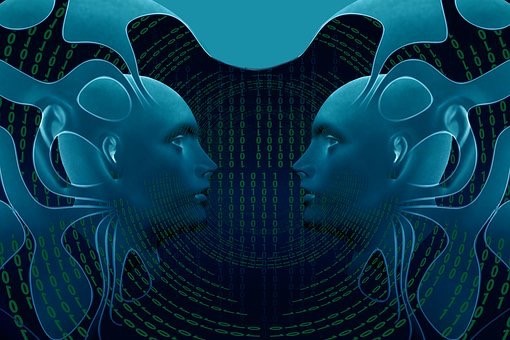 In recent decades, storytellers through movies, novels and television have put two seemingly sexy and fascinating pop psychology terms into our popular vocabulary – psychopath and sociopath. Both of these are non-clinical or pop psychology terms for antisocial personality disorders. They are not well defined and can be confusing, however there are some similarities as well as differences between these two personality types.

Both of these antisocial types, the psychopath and sociopath, make for first-rate antagonists and villains in our stories. After all, we are talking about people with no feelings of guilt, regret, shame or remorse. They can do anything and feel nothing. They can be very dark and malevolent. They can go places and do things that most of us only dare dream of.

Both psychopathy and sociopathy are antisocial personality disorders and both are the result of an interaction between genetic predisposition and environmental factors. Psychopath tends to be used when the underlying cause is more hereditary. Sociopath is the term used when the antisocial behavior is a result of a brain injury or belief system or upbringing, i.e., environmental. Thus researchers generally believe that psychopaths tend to be born, while sociopaths tend to be created by their environment.

Both sociopaths and psychopaths demonstrate a pervasive pattern of disregard for the safety and rights of others. Deceit and manipulation are common features to both personality types and neither is necessarily violent, although both can be.

Psychopaths, in general have a hard time forming real emotional attachments with others. Instead, they may form artificial, shallow relationships that lend themselves to manipulation that will benefit the psychopath. People may be viewed as pawns to be used to reach their goals and they rarely feel guilt or remorse for their behaviors, even if others are hurt. Examples of psychopaths in pop culture – Dexter and Patrick Bateman in American Psycho.

Sociopaths may tend to be more impulsive and erratic in their behavior than their calculating psychopath counterparts. The sociopath tends to be less organized and less able to form attachments to others. If they do engage in criminal behavior, they do so in an impulsive and unplanned manner with little regard for the risks or consequences of their actions. Examples of sociopaths in pop culture – the Joker in The Dark Knight and Alex Delarge in A Clockwork Orange.

Who is More Dangerous?

While both psychopaths and sociopaths can present risks to society, I would say, the psychopath is the more dangerous of the two because they are more manipulative and able appear normal, while experiencing little guilt for their actions. In other words, they can hide in plain sight. A psychopath also has a greater ability to dissociate from their actions, i.e., they have little emotional involvement to any pain or destruction they may cause to others. Many famous serial killers have been psychopaths.

But we should keep in mind that not all people that we consider to be a psychopath or sociopath are violent.

Here is a cheat sheet if you are building a character:

Psychopath and sociopath are different cultural labels applied to the diagnosis of antisocial personality disorder. If you are building a character, it can be helpful to have an understanding of these two conditions.

What’s Next for The Hardings?

All Aboard, for a Trip to the Past – Pullman Train Travel