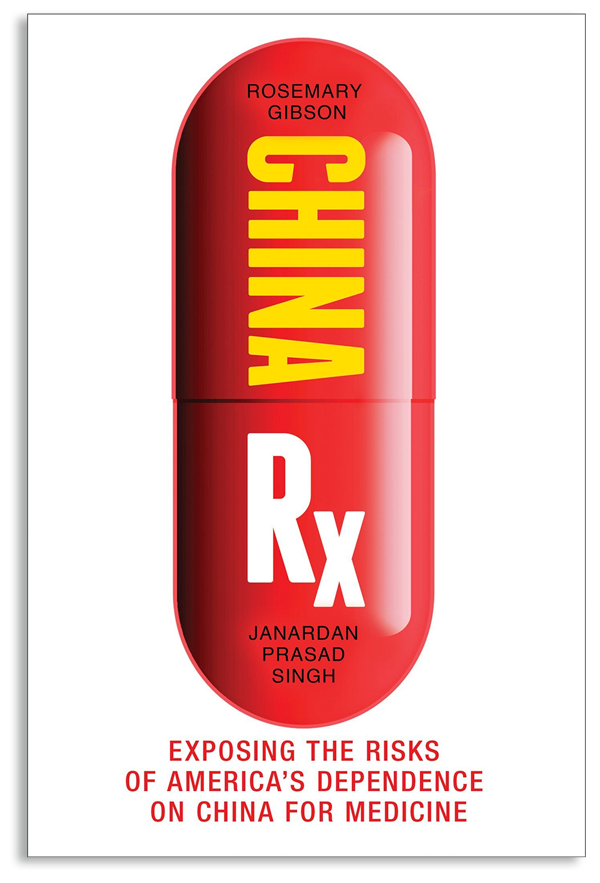 I rarely write book reviews for my blog, but China Rx touched a raw nerve and raises serious points regarding the United States pharmaceutical supply chain of which every American should be made aware.

In my first novel, The Pharm House, a fictional thriller set inside the global pharmaceutical world, I used the tag line “Do you ever wonder how drugs get in those little brown bottles? Read The Pharm House and you may give it a second thought.”.

The same tag line could easily apply to China Rx, a non-fictional description of how for the last thirty years, China has systematically and aggressively moved to take control of the global pharmaceutical final product, bulk drug and raw material supply chain.

In the 1990s, the United States, Europe and Japan manufactured 90% of the global supply of the key ingredients for the world’s medicines and vitamins/supplements. Now, China is the largest global supplier, with some estimates of nearly 80% of raw drug ingredients coming from China.

The U.S. Food and Drug Administration (FDA) has authority to inspect pharmaceutical and medical device facilities in China that supply product to the US, however due to limited resources, delay in timing (pre-announced inspections) and language (translators are required), the FDA oversight of Chinese facilities is far less than that of US companies.

Many pharmaceuticals sourced by the Pentagon for the U.S. Military are purchased from China, either the final product or the excipients/raw ingredients. What if during a conflict between the U.S. and China, the source was terminated or worse – intentionally contaminated?

Nearly 70 percent of Americans are on at least one prescription drug, and more than half take two. We are obsessed about where our foods come from; whether they are local, “natural” or “GMO”. Perhaps it is time we paid as much attention to where our drug products come from.

It’s not only pharmaceuticals that we should be concerned about, but also medical devices. Medical device products manufactured in China and sold in the U.S. include, magnetic resonance imagining equipment (MRIs), dental implants, screw systems used in spinal surgery, balloon catheters used to open up clogged arteries in the heart during angioplasty, speculums used during women’s gynecological exams, surgical gowns, examination gloves and wheelchairs. China is the largest exporter of medical devices to the United States.

China Rx is a must read for every American and certainly for our policy-makers in Washington. For decades, our leaders have been blinded by the fantasy that concession after concession made to China will result in them eventually wanting to be and behave like us, a Westernized open democracy. We could not have been more wrong. China has a plan and that plan is for them to dominate the manufacture, distribution and supply chain of pharmaceuticals (both final products and ingredients; both branded and generic) and medical devices. China has now positioned itself to be an existential threat to the health of the American public, our economy and our military (where do you think our military gets most of its pharmaceuticals?).

Do you know what’s in that little brown bottle you get from your drug store? Odds are whatever it is, it came from China where quality controls may be nonexistent, regulations poorly enforced and documentation may be falsified. China Rx is one of the scariest books I’ve ever read.

I gave China Rx a 5-Star Review. If you or anyone you care about takes prescription or non-prescription pharmaceuticals, vitamins and supplements, I recommend that you read this book, and while you’re at it – send a copy to your Congress person and/or Senator.

“The truth is that history will judge free trade with China, rather than fair trade, to have been a blunder of truly historic proportions from which America will never recover.”