The Torch is Passed: A Harding Family Story

What inspired you to write your book?   My background is in pharmaceutical research and development, about as non-fiction as you can get. I have a Ph.D. in Toxicology. (In fact a lot of my R&D friends still tell me they don’t get what I do now, but that’s okay.)  I have always had a love of books, words and stories. I grew up in a small town in North Carolina with not much to do during my free time. My dad was a school principal and gave me free run of his school library. I read everything I could get my hands on, fiction and non-fiction. When I was in grad school, I started thinking, “I can do this” – write a fictional novel. I had gotten hooked on thrillers with Robert Ludlum. My first try was pretty horrible, but the idea wouldn’t go away. Several years later, I tried again and the outcome was my first novel, The Pharm House, which was a medical suspense/thriller set in a fictional international pharmaceutical company. But the story was really about family and I decided to make a trilogy of thrillers about the Harding Family. The Torch is Passed is the second thriller in the Harding Family trilogy. I think for my first and second thrillers, they came out pretty good (based on the reviews), but I still have a lot to learn and plan to write at least one more in the Harding Family stories and to spinoff one of the characters in the Torch into her own set of stories.

The short answer to the question is – I’m having a blast!

2. What is it about? The Torch is Passed opens with young Andrea Harding having just graduated college and her world being turned upside down when her father, Nicholas, and her uncle, Michael, are shot in a surprising and puzzling attack. As the only family other than her paternal grandmother, it falls to Andrea to not only investigate who would want to kill her father and uncle, but also to oversee Harding Industries, the family company—and navigate an often dangerous fast-track to adulthood. The youngest Harding soon finds herself surrounded by a bevy of intriguing new friends and helpers after she is also violently attacked, forcing her to kill both would-be assassins. Suspicion is cast on a short list of family friends and colleagues, and longstanding relationships are put to the test. Along with her new allies, Andrea urgently seeks answers to why anyone would want to kill her entire family—growing up along the way—and seeking her revenge.  Brimming with plot twists, unexpected decisions and recurring threats to relationships, The Torch is Passed is a tantalizing read with historical references including a subplot involving an old land deal setup by John D. Rockefeller’s Standard Oil Company over one hundred years ago that involves the Harding family. The Torch is Passed and other books in The Harding Family series carry the basic theme of “family” and what people may be driven to do to protect their family.

3. What do you hope will be the everlasting thoughts for readers who finish your book?

First, I hope the readers will be entertained. I think Torch is a fast-paced modern suspense/thriller, with some realistic and some extraordinary characters that will keep readers going until the end. As I mentioned, the theme of family is important to me, but also, what happens when you take regular, ordinary people and put them into extraordinary situations? And what if those extraordinary situations threaten the survival of them and those they love most?  How far are we willing to go to our dark side to protect our loved ones?

Also, I insert slivers of factual history into a fictional story, e.g., the J.D. Rockefeller deal that somehow involves the Harding family more than 100 years later. I’ve had a couple of readers sit down with me after they read the book and go over with them in great detail what parts were fiction vs based upon fact.

4. What advice do you have for writers? I think you have to listen to your own inner voice. There are always going to be those around you, most of them who know nothing of the writing world, telling you what you should or should not do. One of my pet peeves is when someone tells me, “You should write about  ‘fill in the blank.’” I have tons of ideas and the last thing I need is someone telling me what I should write about. I usually politely tell them maybe they should write about it. Get advice from experienced authors if you can. I have gone to several talks given by Steve Berry, who in addition to being tops as a thriller author, also teaches about the art and craft of thriller writing. I have learned a lot from listening to him. Learn the craft of writing. It takes time and practice. Just keep writing. Also learn the business side of writing. If you’re self-published, as much as possible, make your book look, read and feel like it came out of a major publishing house.  Most importantly—do it for yourself. Don’t waste your time trying to please others.

5. Where do you think the book publishing industry is heading? The world of publishing has gone through very rapid change the last 15 years. When I started shopping around my first novel, I went the traditional Agent à Publisher route. I also collected numerous paper and email rejection letters. I went with a small boutique publisher for my first novel, but it was not a fruitful relationship and I decided to pull the book and re-issue as self-published. It went well and I went with self-publishing for my second novel. There are a lot more options available today for authors.  The traditional route is still there, but to say it’s a bottleneck is an understatement. The self-publication route offers more flexibility to authors, but with the explosion of books being self-published, it is very difficult for authors to break out of the pack. Self-published authors have to do everything for themselves and, in my opinion, to be successful, a self-published author has to as much as possible make their book look, read and feel like it came out of a major publishing house. What does this mean? Obviously, it has to be a well-written compelling story, but beyond that, it must be well (read professionally) edited, and the cover must be well designed. Most authors are not artists, which means hiring someone to develop your cover artwork. In my case, I think about the cover I want during the writing process and then work with a professional at my publisher to make my thoughts come to life. And then there has to be a substantial marketing/public relations effort.  For traditional publishing, the publisher picks up most of these costs. Although, I hear from some authors who have signed with traditional publishers that often the authors are left on their own for much of this work. For self-publishers, this means we have to sub-contract others to do much of this work for us and we have to do it within whatever budget we each have. Even with its downsides, I think today’s publishing industry has more opportunities for authors than ever before and I don’t see it going back to the old ways.

I also feel very comfortable writing stories with strong women characters that will appeal to women and men as well.  With regard to race, as a black author, I am sometimes asked if I consider myself a writer of black or urban fiction and my answer is a resounding no. I have nothing against black or urban fiction; it’s just not what I do. I consider myself an author who happens to be black. I want to write great contemporary mystery/thrillers that appeal to everyone who loves that genre. My readers skin color and gender, to me, are irrelevant. That is one of the wonderful things about being a fiction author—there is something out there for everyone. The reviews for my second novel, The Torch is Passed, are coming in and are better in some ways than the reviews for my first book, The Pharm House. A review that I received recently summed up exactly what I am going for.

“This book challenged my preconceptions of the characters you expect to find in the social and business class that the Harding’s move in, especially for the South. I had not known Andrea Harding was a person of color until the story was well underway and this added a layer of complexity that deepens the plot. I said challenged my preconceptions because I had to recognize that the surprise I felt was totally my own, and forced to me to reconsider my assumptions.”

That review made my day.  So, to answer the question, whom do I write for? I write for lovers of modern mystery/thrillers. As an author, if that’s not your cup of tea, I take no offense if you choose not to read my books. But if that genre is in your “wheelhouse,” then check out The Torch is Passed: A Harding Family Story 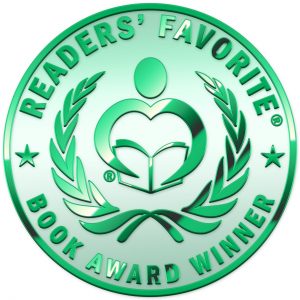 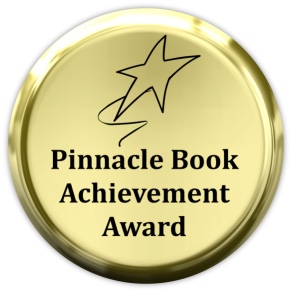 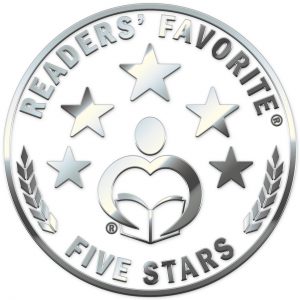 The Torch Is Passed: A Harding Family Story by Bill Powers is available on Amazon here